Dating After 40? Here’s What You Need To Know

Home » Dating After 40? Here’s What You Need To Know
Previous Next

Dating After 40? Here’s What You Need To Know 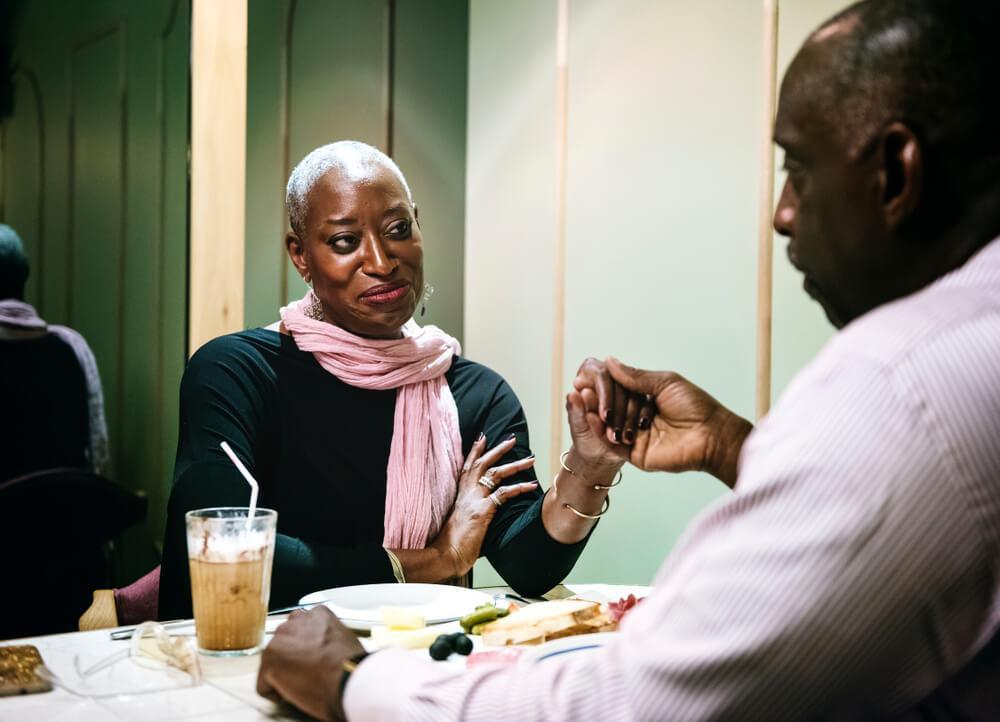 Ok, so you’re no spring chicken, but somehow you’ve found yourself thrown back in the coop with them. Welcome to dating over 40. No problem, right? You’re an old hand at this. You’ve been on the dating scene long before most of the people on the dating scene were born….and therein lies the problem.

Whether you’ve just gone through a divorce, or whether you still haven’t found the right one, if you’re playing the field after a certain age, its likely to be a bit more narrow than it was before, and the rules may have changed slightly. Here are some things you should know about the right offensive and defensive strategies for winning the dating game when you’re over 40.

Now 40 is the new twenty. Sounds great, right? The only problem is, you haven’t been twenty for at least twenty years, and some of the conventional wisdom is so conventional, it might not even apply anymore. Here are some of the new rules for dating,which might help you kick a little life into your new romantic adventures.

Sociologist BJ Gallagher says, “Age is a matter of attitude, energy, and outlook, more than chronology. Look for someone who is compatible in those dimensions, and forget about the numbers.” While if you’re in the stage of life where you’re looking to start slowing down, and the person you’re interested in is just looking to get started, there may be a problem, but the objective is to grow from every situation, and a younger person may be able to provide you with new insight, or put a new perspective on your life that was lacking before.

2. It’s All About Group Dating

Why not team up? You’ve got friends; he’s got friends; the more the merrier. According to relationship expert Deborah Taj Anapol, Ph.D., “You can learn a lot about someone by seeing how he or she interacts with friends, and when you bring your date into your social circle, you can reap the benefits of your friends’ impressions and opinions.”

3. Talk About Past Relationships

Your past relationships were a big part of your life, so why keep them in the dark? Turn the light on them, just keep it positive. Gilda Carle, Ph.D., says, “Present a past marriage in a positive light – that you learned from it, came away with new skills, developed in new areas. Basically explain how it helped shape you into the person you are today.”

4. Dates Are Not Defined By Candlelight and Filet Mignon

Sure, the way to everyone’s heart is through his or her stomach, but there are some pretty interesting and romantic things to do that don’t involve getting dressed up for a fancy restaurant. In fact, sometimes the whole facade of going our for a fancy meal can get old hat. 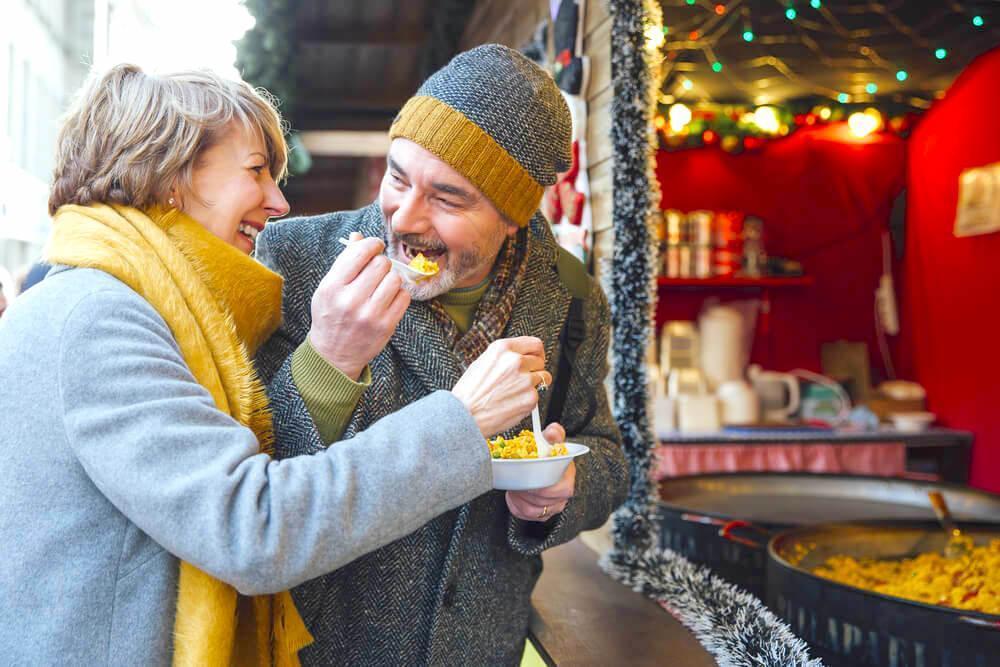 Says Anapol, “Save the fancy dinner date for when you know you care for this person and are starting a real relationship, so it’s more of a celebration than an artificial exercise.”

Kids may not like the word “date,” but they deserve to be informed about what’s going on in mom or dad’s life. Anapol says, “Deceit is bad for any relationship. It’s better to talk to them in terms they understand: that you’re making new friends and having fun.”

However, it may be a little early for introductions. Says Toni Coleman, MSW, “It’s best not to involve your kids in a new relationship until you feel it has the potential to go somewhere. The rule of thumb with kids is to provide the minimum information to satisfy their question: ‘I’m going out with a friend tonight.’ When this new person becomes significant to you, you can begin to discuss how you will introduce your date to your kids.”

6. Kiss on the First Date

Ok, so maybe your not ready to jump into the sack, but at this age, you don’t need to observe any rules. According to Coleman, “It’s important to go with your instincts and judgement, and do what feels right for you. If kissing is what you want to do, go for it. If not, don’t give into pressure or a sense of obligation because you were treated to a nice dinner.” In other words, If you’re feeling it, go with it; but if you have reservations, don’t feel obligated to ignore them in order to be perceived in a certain way.

By now, you probably know that Prince Charming or Mrs. Right is not going to come breaking through your door, so you need to put yourself out there. Go on speed dates, say ‘yes’ to set ups. take classes, go to poetry readings, attend ball games, socialize. According to Gallagher, “If finding a mate is important to you, you need to act accordingly and treat it like a project of high importance. Allocate time, energy, and money to your project.”

A Woman’s Guide to Dating Over 40

They say, “the older the wiser,” but when it comes to teaching an old dog new tricks, sometimes one can feel like age has made them totally clueless. If you’re looking to jump back into the dating game, here are a few pointers that may make things a little easier to navigate, or just answer a few questions you might rather not ask.

If what you’ve done up until now hasn’t worked for you, it’s not likely to start working any time soon. You need to push past your comfort zone, and try a few new things.

Ok, so maybe the internet is full of creeps and weirdoes, but it’s also full of a lot of fun and intelligent guys. By ruling out the internet, you’re running a greater risk than giving it a chance. If your profile sends the right message, you’ll filter out a lot of the undesirables, and increase you’re chance of meeting Mr. Right. 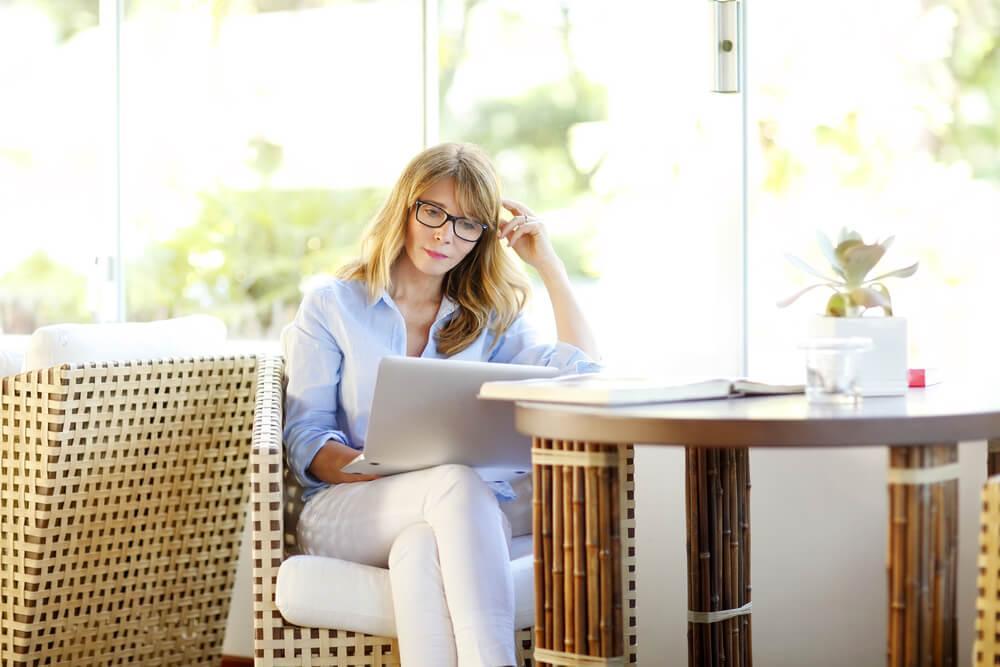 3. Be Prepared For Disappointment

No matter what age you are, the dating game can be fraught with rejection, bad dates, no dates, and game playing. Don’t take it personally. If you’re not getting hurt once in a while, it probably means you’re not taking enough risks. You’re a big girl, you can handle it.

Blaming the guy is always a great way to get the accountability off your shoulders, but in the long term, resentment will take its toll, and starts to work against you. Learning about why men do the things they do may not always be easy to accept, but it will help to decrease your anger, and help you claim your actions.

If you’re still guessing whether or not you’re the key that turns his engine, you’re probably not. If you were, he’d be going full speed. If he’s not coming around, it may be time for you to move on.

If you look at yourself as damaged goods, he will too. Don’t start a relationship by looking to bond over past problems. See yourself as the product of a life well lived and a series of learning experiences that you can bring to a new relationship.

7. You Need to Love Yourself First

Even the perfect man will not complete you. Work on getting a life that makes you feel good about yourself, and then extend the happiness you feel to others. It doesn’t work the other way around.

Let’s face it, the dating game can get predictable. After a while, you can put a type on the guy before you even finish the appetizers; the heartbreaker, the momma’s boy, the too good to be true, and probably isn’t, the potential stalker. Believe or not, men do the same thing. Labeling may not always be pretty, but that doesn’t mean it doesn’t happen. Sometimes the key to success in the dating game is understanding the way men see women. Here are some of the types men tend to assign to women they’re dating, and the impressions that they form.

The trophy has her stuff together, she’s attractive, she’s confident. She has certain expectations, and if her man doesn’t meet them, he’s history. One wrong move, and he’s a goner, and she makes up the rules as she goes along.
The Trophy is only concerned with what she gets and doesn’t try to make anyone else happy. She’s the prize and that should be enough.

The teenager dates a lot, because she’s never happy with what she has. She wants the men who don’t want her, and doesn’t really know how to form a lasting relationship.

The teenager is still lusting after the “Bad Boy” who excites her, just like Sandy and Danny at Ridgemont High. As a consequence, the relationship minded guy gets quick discarded. Even the most fabulous older guy can’t meet up with her expectations, because she’s looking for the guy who’s not looking for her. Nice guys will often end up bearing her hurt and anger.

The women once bitten has been wounded by men in the past, and is now twice shy as a consequence. She doubts herself, believing she is to blame for past relationship failures, and mistrusts relationships. 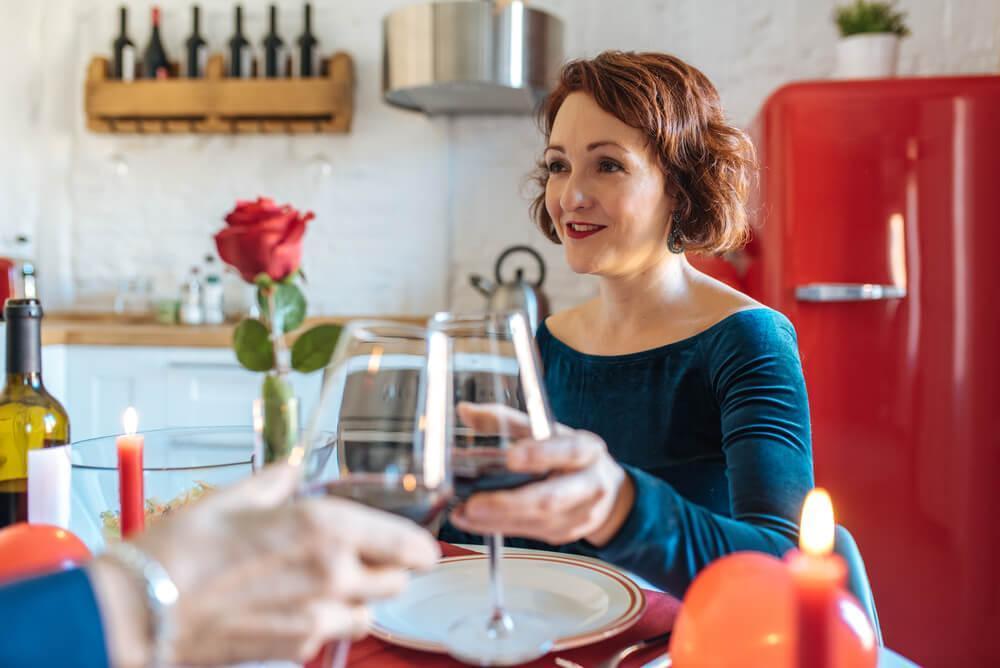 Once Bitten often puts her guy through tests before she feels confident enough to open up to him, and once he passes those tests, she ups the ante. In the end, she will maneuver the relationships toward failure. The standards she sets are too high, and the man will eventually give up and leave, removing the fault from her, and reinforcing her belief that men are not to be trusted.

The Impress Me lady is the over 40 woman who thinks excitement is the key to a good relationship. She’s looking for a guy who will keep her laughing, hold her interest, make her the focus of conversation, and make her cream in her jeans, all on the first date. If it doesn’t happen, there may not be a follow up.

The Impress Me Lady shoots down a lot of good men. Her dismissiveness makes men fell devalued and powerless. He fails to make a good impression, and often falls by the wayside, along with a lot of other good candidates. This woman tends to stay single for a long time.

Bitterness Barbie is angry, about most things, but mostly men. She looks for negatives before looking for positives, and usually finds them. The poor guy never has a chance, even if he really likes her, which is almost impossible, because she’s no fun.

At the heart of Bitterness Barbie lies a very vulnerable woman. She has been playing the victim all of her life, and can’t understand why things aren’t going her way. Bitterness Barbie may complain that men just don’t seem to understand her, but in truth, she’s putting them off with her overbearing negativity. She doesn’t have a clear picture of who she is, and can’t see that she may be the root of her own problem.

The Sexpot will often offer herself up on the first date, and will be offended if her offer is not well received. Some men will take her up on it because they are looking for sex as well. More relationship-focused men may take her up on it in the heat of passion, but may end up feeling emasculated by her aggressiveness. Either way, she probably won’t get called up for a second date and wonder why since she has given him everything he could possibly want.

See yourself in any of these women? Maybe it’s time to reassess. What do you think? Let us know and let us learn? What tips do you have for us about dating over 40?