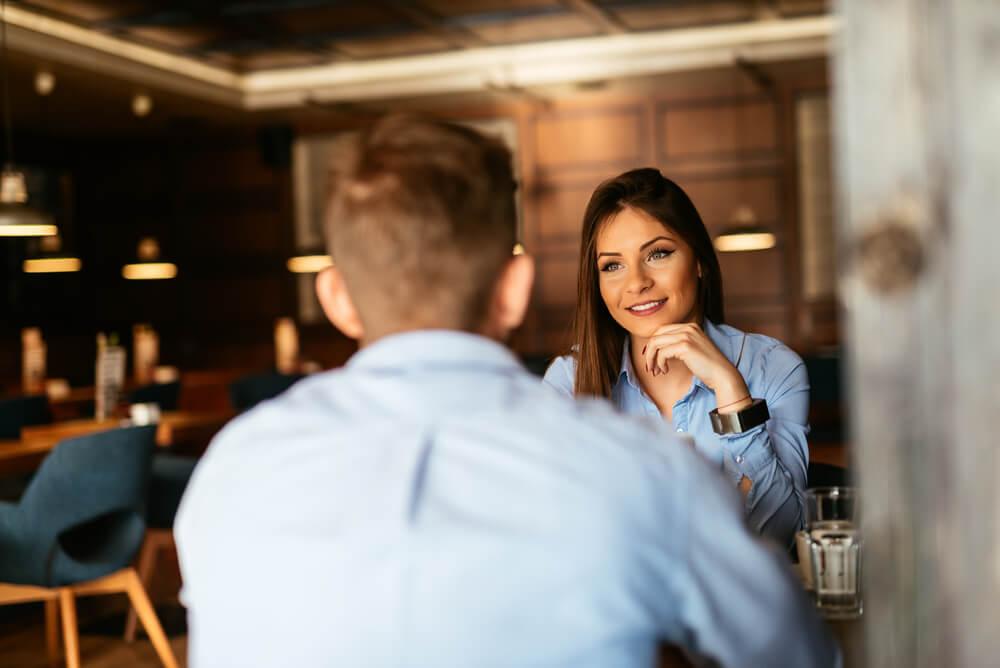 The dating culture of modern times is nothing if not fascinating.

Back in what now seems like ancient history, meeting guys in bars or through your friends actually required making effort in terms of time and social interaction. Moreover, determining which guys were worth your while versus those with whom you had zero in common might have been a little more challenging in the physical world.

This all changed with the rise of dating apps, which have enabled people to see all the potential partners located in their vicinity by simply installing one on their phone.

And just like that, a couple of pictures and a simple bio became all it takes to figure out whether you are interested in someone or not. Without even leaving your apartment!

Still, despite the utmost convenience and the vast pool of dating possibilities, while idly browsing through all those single men in your area, you might start to notice some… patterns.

Just like real life, Tinder, one of the most popular dating apps, is also full of colorful characters who, after a while, might start to blend into each other based on what they choose to put on their profiles.

If you’ve already dipped your toes into the ocean of virtual dating world, it’s likely you will have noticed at least a couple of these Tinder tropes.

So, who are these guys you are probably going to encounter while navigating the immense world of digital dating?

Let’s check some of them out, one swipe at a time.

If it’s not the ubiquitous selfie in front of a mirror after a grueling workout that gives it away, it’ll be the speed with which he will lay out his rigorous diet and exercise plan in the first five minutes of conversation. 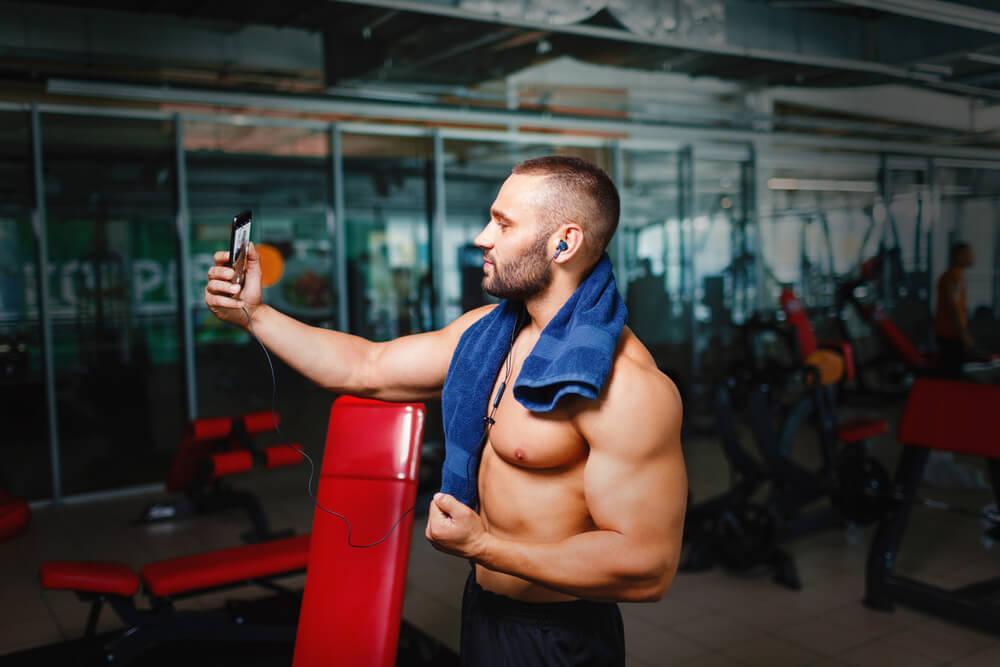 Now, don’t get us wrong – healthy lifestyle (and a ripped body to boot!) are nothing to be critical about.

Even better, if you are equally into working out as he is, you might have found yourself a romantic match and a gym buddy all in one!

On the other hand, you shouldn’t feel pressured to keep up with with this stud’s strenuous fitness in order for him to like you. Nor should he expect you to.

Moreover, if endless conversations about HIIT and egg white omelets is not something that floats your boat, you might want to skip on this exercise enthusiast.

Judging by his profile pic, this guy clearly didn’t get the memo that no one wears the Borat-style mankini in the year 2017.

And even if you do start talking to him, you can rest assured he won’t be able to reply even to the most basic messages without resorting to witty one-liners or GIFs.

This is not to say that every Joker should be avoided.

On the contrary, if you’re the sort of girl who is genuinely looking for someone to make her laugh (and laugh and laugh), maybe this is just the right kind of guy for you.

Alternatively, if you heard one too many “that’s what she said!” jokes in your life, you might be better off with a guy who is able to hold a serious conversation (as serious as they can get on Tinder, at least).

Your phone just buzzed and you get that jolt of endorphin hoping that exciting news will greet you on the screen, like how your Amazon package has finally arrived or that new cool picture you put up earlier on Instagram is getting some serious love.

But all that you see is:

Oh, it’s that guy. Sounds like you have a compulsive texter on your hands.

While the need for constant texting might make sense if you two have really hit it off, when 90% of the conversation is one-sided, then this guy deserves a serious side-eye.

That said, not every serial texter has to be a write-off – some guys just aren’t aware of the proper texting etiquette, or lack that brain-to-fingers filter, or simply have too much time on their hands.

If you genuinely enjoy the conversation between you two, albeit in smaller doses, politely let him know that you aren’t available to talk 24/7. You might find his texting habits will improve in your favor.

However, if he gets overly offended at your suggestion or doesn’t stop bugging you regardless, it might be time to give this texting nuisance a “k bye” once and for all.

A photo snapped next to an exotic animal that doesn’t exist on most continents? Check.

A picture in which he’s wearing a backpack and hiking boots after conquering a gargantuan peak somewhere in Southeast Asia? Check. 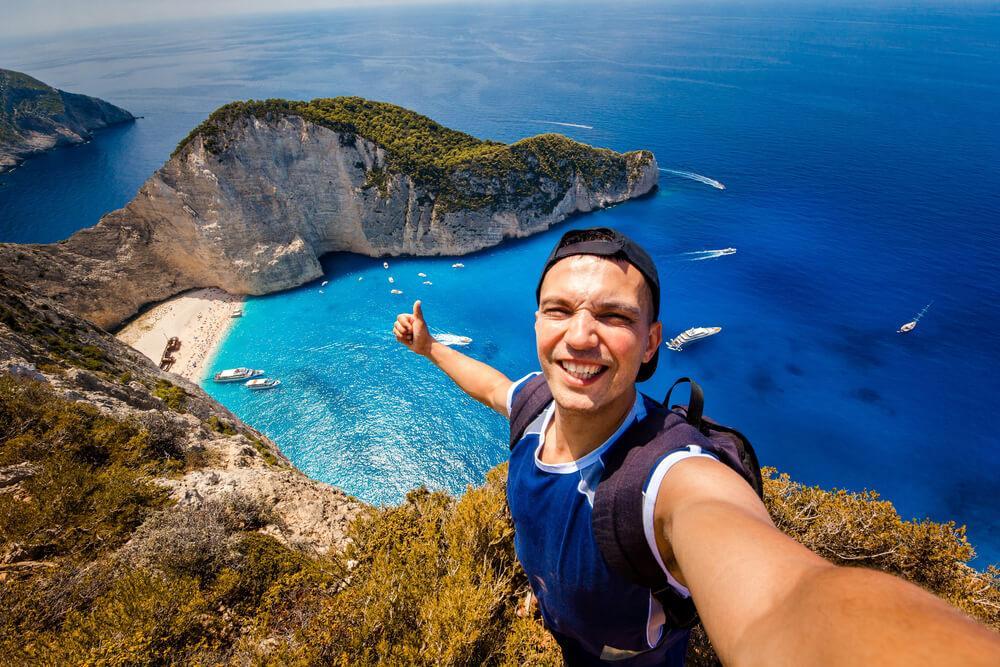 Well done, you have just bumped into an Adventurer.

If you decide to start talking, he’ll be sure to regale you with stories about how he managed to go for 72 hours without sleeping and showering that one time when he was in Nepal or something equally outlandish.

And while all of this may be enticing for him, it might be a little too much to listen to when the most exciting thing you’ve done in months is binge-watched the new season of Stranger Things.

However, if you are the kind of girl who has itchy feel and hunger for adrenalin, you’ll most certainly want to swipe right on this Tinder thrill-seeker.

This Tinder category requires a disclaimer.

Just to get things straight, nice guys are caring and loving people who greet you with a smile and listen to you when you have a problem. Nice Guys™ are a very specific kind of men who think that they are somehow entitled to date every woman in this world just by possessing basic human decency.

In order to spot them better, here are some of the most common features of The Nice Guy™ on Tinder:

Some Nice Guys™ are just misguided young men who simply haven’t had luck in dating and have grown to be slightly socially awkward because of it. If this is the case, there still might be hope for them if you find something interesting or genuine about them behind the frustrated façade.

Unfortunately, a lot of men who fall into this category may have a tendency to lash out at girls once they have been rejected or act as if they are owed love, sex or the time of your day for simply existing.

If you notice hints of the latter, waste no time and swipe left immediately.

The Guy Who Is Only Interested in One Thing

Let’s face it, not everyone on Tinder is looking for a happily-ever-after.

In recent years, the app has gotten a bit of reputation for primarily being a no fuss, no muss hookup tool that offers little prospect for serious dating.

With this in mind, it should come as no surprise that good chunk of guys found on Tinder are only in it for quick one-night-stands or FWBs.

These kind of guys are perfectly aware that Tinder was designed to link you with someone who’s close and shares similar interests in the shortest amount of time. And they are happy to play along, which makes them super-easy to spot.

More often than not, the only-here-for-hookup dudes will be characterized by one or more of the following:

The good news is, if you’re not in the market for Mr. Right but for Mr. Right Now, then you will likely have no problem finding one of those on Tinder.

On the other hand, if you are more in it for the long game, definitely give these studs a swift swipe to the left.

In his profile photo, he looks like as if he were a long-lost member of Mumford & Sons. His fashion style makes him look like he should live in a remote cottage in the Pacific Northwest. He often sports some kind of facial hair and/or glasses. His bio will likely include a pop-culture reference, maybe one that most people won’t get.

If you swipe right and start chatting with this hip hunk, he will likely tell you about the best craft beer spots or ask you if you want to see the hottest new indie band that’s playing in your town.

The one downside that might arise from interacting with the artsy types on Tinder is that they may end up being pretentious or downright condescending if they don’t deem you worthy of their obscure interests. In which case, swipe left pronto!

At the same time, if you’re a girl with an appreciation for the lesser-known arts and culture, give the bearded beau a swipe to the right. If nothing, you might get a couple of interesting dates out of it!

Everyone who’s been on Tinder has seen at least one of these mystifying creatures.

These guys’ pictures tend to be a little curious (at best) or downright creepy (at worst).

In case of the latter, you might identify the Weirdo by one of the following:

If you make the mistake of getting into a conversation with this guy, you’ll probably be greeted with a series of cryptic or plain nonsensical messages.

No one is really sure what these creepy dudes are hoping to achieve with their WTF profiles or if they really think there’s a market on Tinder for dating potential psychos.

Needless to say, unless you happen to be conducting a sociological research into the bizarro men on dating apps (or perhaps have a burning desire to end up in a ditch somewhere), swipe left ASAP.

You carefully look at his photos and, oddly enough, nothing strikes you as weird or sleazy.

Even better, he actually seems down-to-Earth and really cute.

You swipe right, hoping for the best and… voila! You’re a match!

You start talking and, with every text, you hope that he won’t respond with something skeevy, weird or just plain idiotic. To your surprise, he doesn’t.

You find that you have a lot in common and you decide to meet up at a place you both like, but somehow never bumped into each other before. 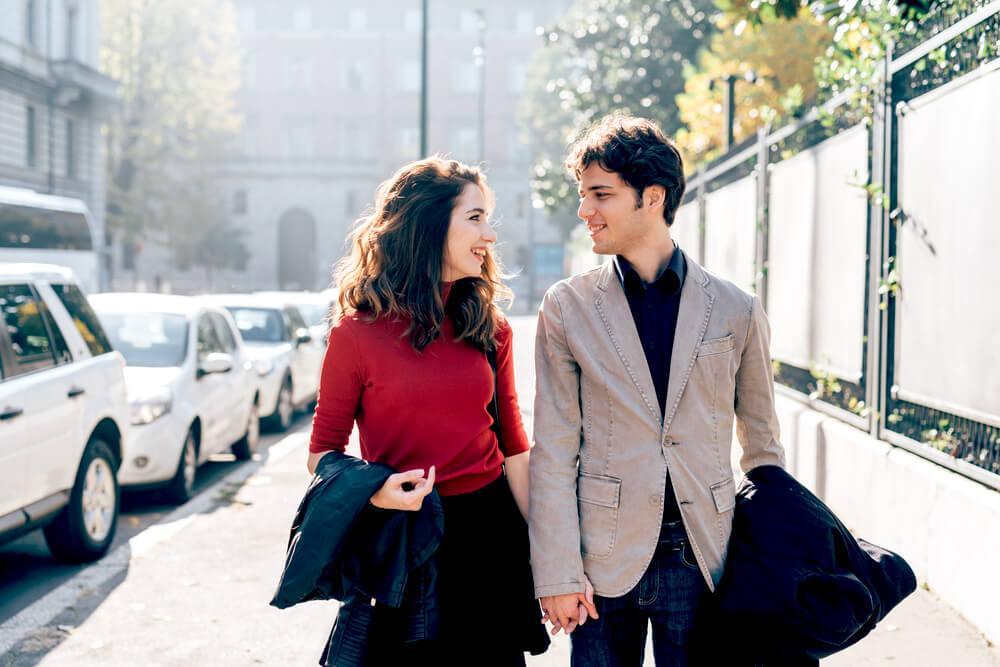 You have actually found someone decent on Tinder who has a potential of becoming something more than a casual hookup.

It’s not easy, but it’s entirely possible, as long as you play your cards right and remain persistent in what you want.

And even though this list might be a little discouraging, it’s not all clichés and stereotypes on Tinder.

Yeah, you’ll probably bump into a lot of weirdos or d-bags, but that can easily happen in the real world, too.

At least here you have the luxury to swipe left and be done with it.

While watching out for red flags is super-important, that does not mean you can’t keep an open mind and still have fun with this whole 21st-century dating shebang. Who knows, you might just succeed in weeding out all the sleazebags and crackpots and finding that coveted Tinder unicorn that will tick all the boxes.