The fashion industry has long since been dominated by stick-thin figures, but, thanks to the body diversity movement, this is all finally beginning to change.

There are now several influential plus-size models out there who are taking the industry by storm, teaching women all over the world to embrace and love who they are, rather than trying to fit themselves into the unrealistic, and often also unhealthy, standards created by society. 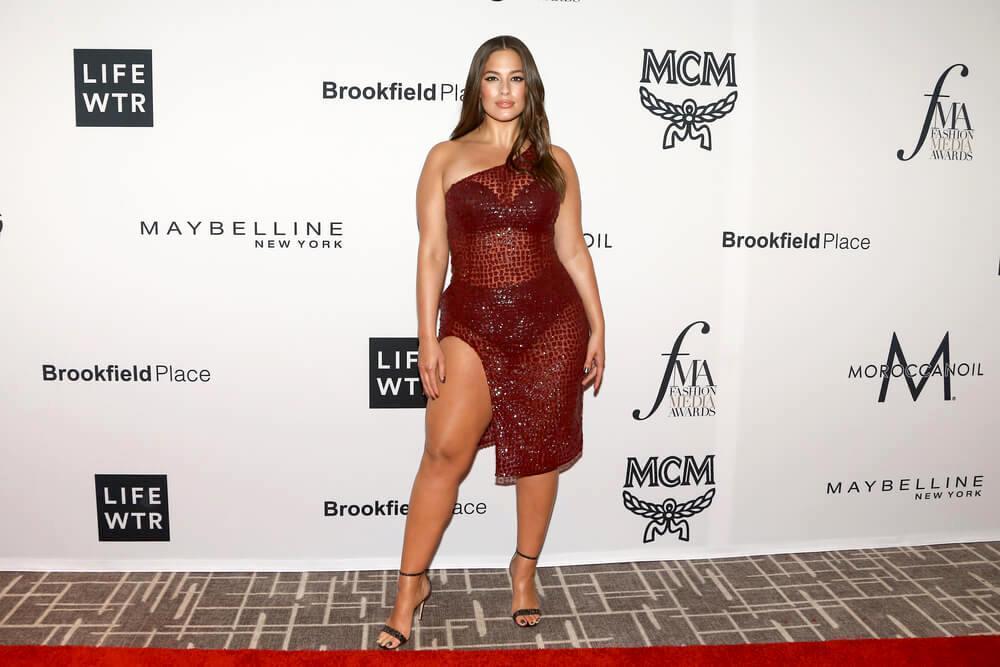 Born in 1987, Ashley Graham is an American model, and is probably one of the most famous plus-size models currently working in the fashion industry.

Over the years, Graham has faced quite a bit of controversy, but thanks to more and more publications showcasing Graham’s beauty, she was able to pave the way for other plus-sized models.

Rather than being ashamed of her size, Graham states that “I’m not here to ban the word [plus-size] from the dictionary”, and instead wants to encourage others to own and love who they are.

Since Graham’s impact, other models, such as Emme, have stated “I’m so proud of Ashley blowing it all up for the next generation so people could go, ‘you know what? Why not!’”

Graham has a number of accomplishments under her belt, such as:

If all of that was not inspiring enough, Graham has also designed her own lingerie line for a plus-size clothing retailer, Addition Elle, and has even penned her own book. This memoir is definitely worth a read, with so much in there that advocates for positive body images, while providing insight into Graham’s own experiences as a plus-size model.

Anansa Sims always longed to be a model, partly because her mother, Beverly Johnson, was the first African-American model to appear on the cover of American Vogue.

However, even though Sims managed to lose 40 pounds, this was still not enough to earn her a place in the modelling industry. Rather than giving up, Sims regained the weight and tried again, soon becoming a star when it comes to plus-size models.

Sims speaks out candidly about her experience, stating that even after she lost all of the weight previously, she was still not booking as many jobs as she is now. Sims says, “I thought that the more weight I lost, the happier I would be. I always had great self-esteem, but that six months was the only time in my life when I was unsure of myself. I think a lot of women are suffering from that”.

Since that difficult time in her life, Sims has been involved in numerous fashion campaigns for everyone from Forever 21 to Kmart to Kohl’s, and has been on the front cover of a few different fashion magazines.

Sims is continuing to make waves in the industry, proclaiming that she wants to “show women that it is okay to have some meat on your bones, and it is okay to love yourself that way”.

A model from Australia, Stefania Ferrario is another woman who always wanted to be a model, but faced problems with achieving this due to her measurements.

Did she give up?

No, she continued to develop her portfolio and stand up for the causes that she believed in. One of these was raising awareness for cancer, and Ferrario ended up shaving her hair in order to push this cause.

The result ended up bringing her more than she imagined…

Her new cropped look caught the eye of photographers, and Ferrario ended up booking a few modelling jobs shortly afterwards. The most noteworthy of these was with Target Australia, for whom Ferrario was a leading model in several national commercials.

Ferrario then moved on to even bigger heights of greatness, becoming the leading lingerie model for Dita Von Teese, which then led to her working for many other international brands.

Although Ferrario may be considered plus-sized, this is something that she does want to change…

The term plus-size model is something that Ferrario is not accepting of, and began a campaign to end the use of this term, pushing the hashtag #droptheplus.

Ferrario believes that “there is no need for the plus-size label. If it gets eradicated in the fashion/model industry, it’ll flow on from there to stores too”.

Only time will tell whether or not Ferrario succeeds with this mission, but the future looks extremely promising for now. 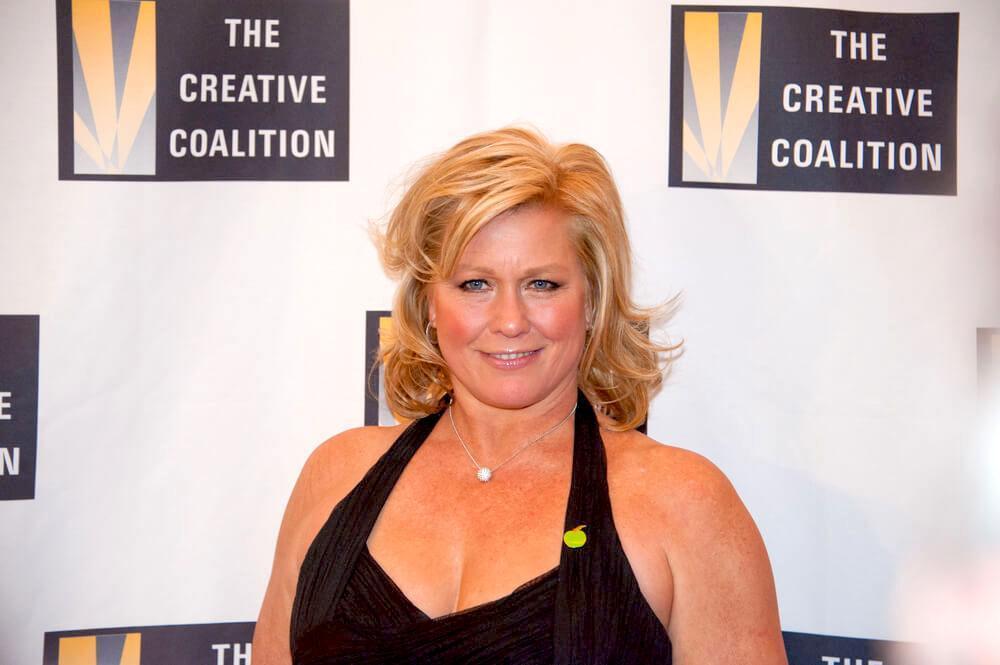 Emme Aronson is iconic when it comes to plus-sized models, as she is often considered to be the very first of them all.

Born in 1963, Aronson was the first full-figured model chosen to be one of People Magazine’s 50 Most Beautiful People, first in 1994 and then again in 1999.

Aronson faced pressure for her size throughout her life, but rather than allowing this to put her off modelling, Aronson decided to use this criticism to fuel her mission in increasing public awareness when it comes to body image.

Aronson believes that “it’s important for women to have a variety of role models, with different personalities, body types, and attitudes.”

In addition to modelling, Aronson has also created a sportswear line, and has won a number of awards for her inspiring work.

Born in 1989, Jennie Runk is an American plus-size model who has been quite a recent addition to the fashion industry.

Her modelling career began with clothing brand H&M, who hired her as a plus-size model to show off their range of sizes for their beachwear collections.

With such an international brand showing a plus-size model in this light, the campaign received a huge amount of publicity, and this was not something that Runk was at all expecting.

Being a naturally quiet woman, the amount of attention Runk was suddenly receiving, both good and bad, seemed quite overwhelming. Rather than shying away from this, Runk decided to use this as an opportunity to promote confidence in women, penning a thoughtful and emotional essay for the BBC about her H&M shoot.

Runk states that she “felt compelled to show girls who are going through the same thing that it’s acceptable to be different. Just focus on the best possible version of yourself and quit worrying about your thighs, there’s nothing wrong with them.”

Although Runk is proud to be a plus-size model, she does find it problematic that there are still so many negative connotations attached to the term plus-size. Nevertheless, Runk is continuing to encourage confidence in women all over the world, with her H&M beachwear shoot even encouraging many women to try on a bikini for the first time in years.

Saffi Karina is a British model, and her story is definitely a motivating one…

The model began her career in the fashion industry when she was a size 10, but, as she grew older, she was dropped by her agency for being “too big”.

Of course, this was quite the blow to the young woman, and she ended up taking a slight break from modelling to re-assess all of her options.

However, rather than giving it up for good, Karina turned to a different agency, as a size 12, and began to book jobs as a plus-size model.

She speaks about this turnaround quite often, saying that “as you grow older, you become more womanly and I didn’t want to change that, so I started looking for what else was out there”.

Wondering what she has done since then?

Here are a few of the advertising campaigns she has appeared in:

Although she is still modelling, Karina decided that she wanted to take things a step further, and find a way to help other women who were experiencing a similar struggle.

This spurred her on to founding The Curve Project London, which aims to empower and encourage women to love the skin that they are in. The project features workshops led by fashion photographers, stylists and make-up artists, all of whom will teach women how to make it in the industry as a model, no matter what size they may be.

Because she was the first plus-size model to walk in multiple straight-size New York Fashion Week shows, including CHROMAT and the HSN fashion line by Serena Williams.

Since then, her career really took off, and she has walked on runways all over the world. In addition to this, Bidot has also worked on campaigns with a number of different fashion brands, such as Forever 21, Macy’s, Nordstrom, Target, Levi’s and Old Navy.

In 2015, Bidot took part in a campaign for Swimsuits For All, which featured untouched photographs of the model in swimwear. With her stretch marks showing, but a strong and proud look on her face, the images quickly went viral. As you can imagine, this created quite a stir, but only led to more and more brands wanting this inspiring woman to represent them.

It was in 2016 that Bidot herself took steps to promote body diversity, creating a movement called There is No Wrong Way to Be a Woman. Hoping to inspire women to accept their own sense of individuality, this is a movement that Bidot continues to support and back. 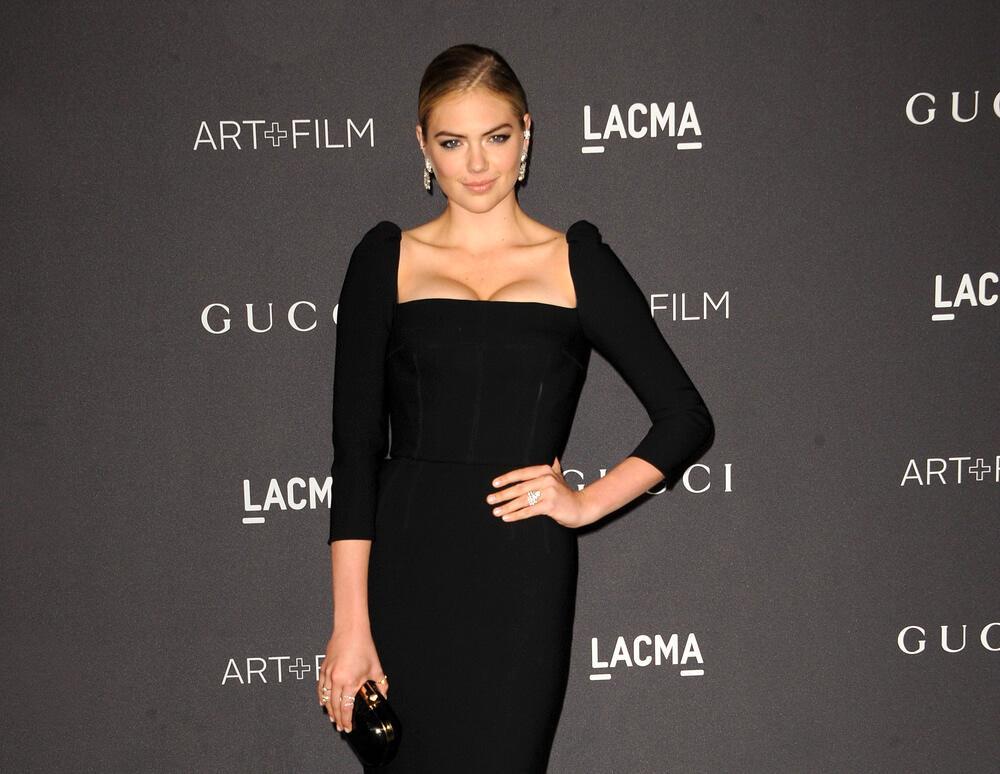 Kate Upton is an American model who is famous for her curves, and has graced the cover of the Sports Illustrated Swimsuit Issue not once, but twice.

She has also appeared in several fashion magazines, both within them as well as on the cover, and has never been one to hide her curves away. Although she strictly regulates the food that she eats, and works out on a regular basis, Upton is naturally built larger, and this is something that she knows she cannot change, choosing to embrace it instead.

However, although Upton is proud of all of the successes she has experienced in the modelling world, she is another model who is trying to stop the term plus-size from being used.

Because Upton believes that “no one should be labeled by their body size at all”.

Upton has really pushed hard for this over the years, and it would seem as though some of her hard work is starting to pay off…

Many retailers have now moved away from using the term, opting for phrases such as “curve” instead.

Born in 1982, Tara Lynn is an American model whose career began when she was featured in plus-size fashion shoots for both V, as well as the French version of Elle. Her Elle shoot in particular had quite the effect, because it was accompanied by a tagline that encouraged her body to be one that women aspire to, rather than feel ashamed of.

Since then, Lynn has appeared in a number of publications, from Vogue Italia to Glamour, and has also been featured in several advertising campaigns for different fashion brands, including H&M.

Just like all of the other models on this list, Lynn is one who is advocating to redefine the beauty standards that the fashion industry has been promoting for years, wanting her photographs to be used as “inspiration for girls who struggle with a poor self image”.

Wondering if she has had any success with this?

The answer is yes…

Lynn states, “I get a lot of messages from girls who tell me that looking at my pictures makes them feel better and more secure in their body. They are happy to see someone they can identify with.”

The fashion industry definitely has a reputation for promoting an unrealistic idea of body image, but, thanks to the surge of popularity of plus-size models, this is now beginning to change. From Ashley Graham to Kate Upton, these nine models are all working tirelessly to ensure that women all over the world can learn how to feel confident with the way in which they look.