14 Celebrities Surprise Us with Their Natural Hair

Home » 14 Celebrities Surprise Us with Their Natural Hair
Previous Next

14 Celebrities Surprise Us with Their Natural Hair 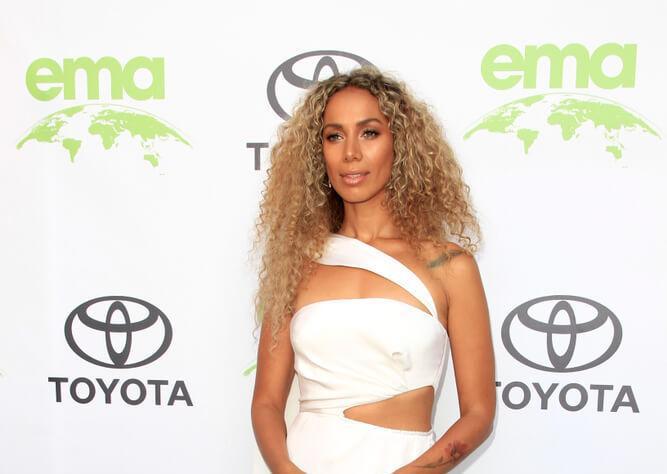 With a whole team of hairstylists behind them, it is quite rare to see a celebrity rocking their natural hair.

When it does happen…

The results can sometimes be unexpected!

Here are 14 celebrities who will probably surprise you with their natural hair. 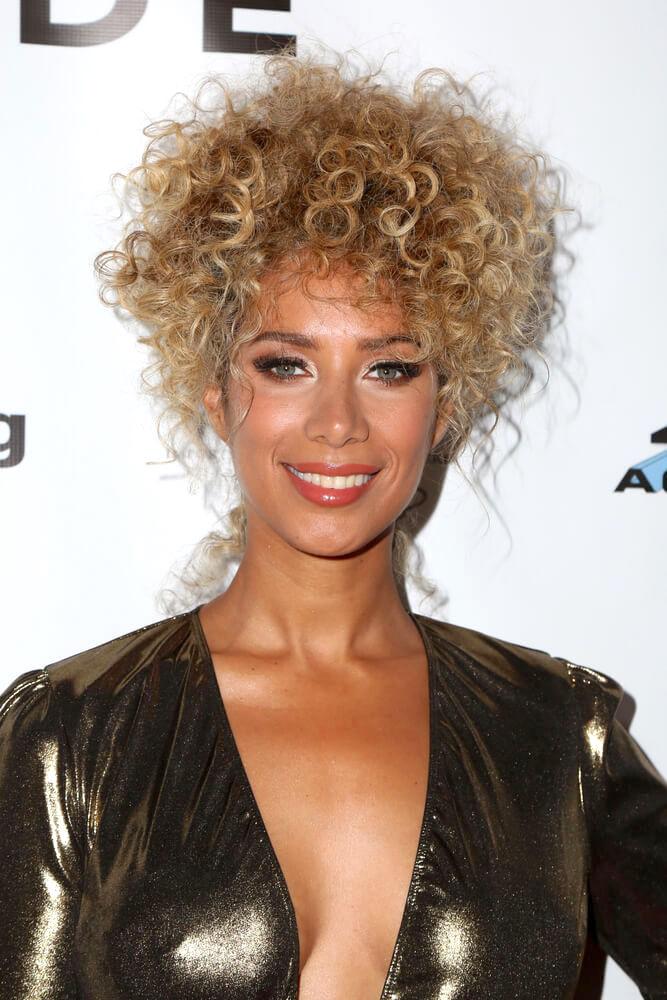 British pop singer Leona Lewis was 20 when she first started working in the music industry. The more involved she got, the more she felt as though her thick and curly locks looked out of place, which led her to begin straightening them.

She did this for years, believing that this was what was needed in order for her to be perceived as beautiful.

However, just a year ago, Lewis was diagnosed with Hashimoto’s disease, something that Gigi Hadid and Zoe Saldana also suffer from. This autoimmune condition can affect so many different aspects of a person’s health, from their digestion to their mood and energy.

In order to keep herself as healthy as possible, this diagnosis triggered Lewis into pursuing a more health-conscious lifestyle.

By simplifying it, which included quitting the hair straightening.

It took Lewis some time to learn how to really embrace her natural hair, but once she did, she realized just how versatile it was, and now wears her hair naturally whenever possible.

Singer Nicki Minaj is known for her colorful wigs, and this often leaves fans wondering what her natural hair really looks like.

Black and long. The length of Minaj’s natural hair is actually enviable to many.

How did she manage to grow it so long?

It was all thanks to the many wigs that she wore. These allowed her natural hair to easily grow beneath them, surprising fans with their length when they were finally revealed.

While Minaj does still love to wear different wigs, if you see her on the red carpet with black hair, then chances are that these are her natural locks. 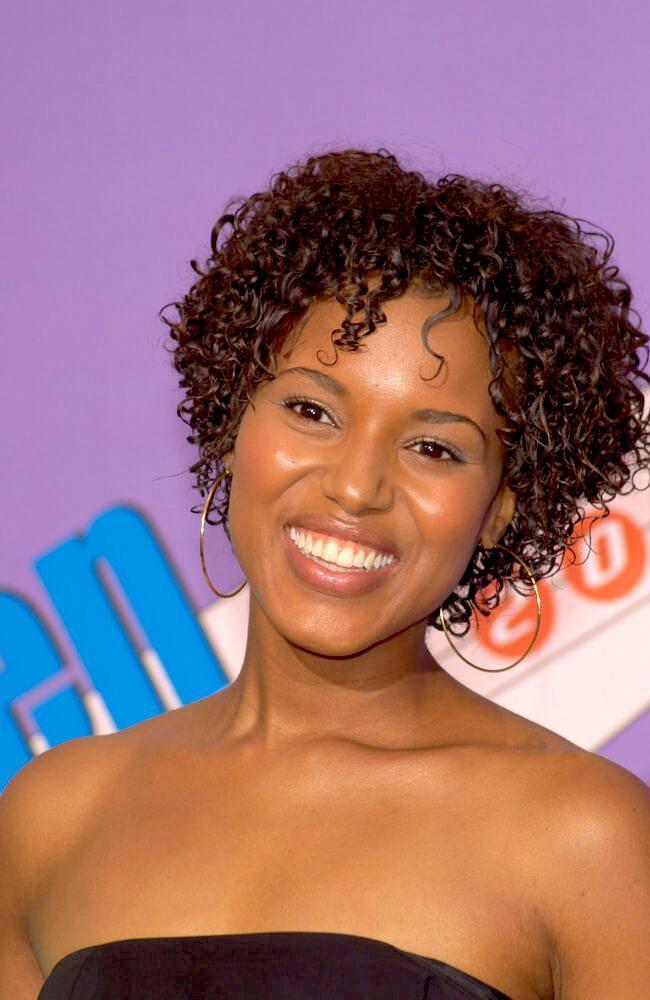 The majority of photos of Kerry Washington out there feature the brunette with sleek and straight locks, and this is also how her character is styled on the shows that she acts in. This is also the style that Washington prefers when on the red carpet and at other public events, but it is a far cry from her natural hair…

While the color may not differ too much, Washington has beautiful natural curls, which she first decided to show off in 2016 in a pregnancy photo.

After having her baby, Washington realized that it was important for her to embrace the way that she naturally looks, so as to set a good example for her kids. Rather than having her children believe that there was one strict set standard for beauty, Washington wanted them to learn the opposite, so that they would really be able to love the way that they naturally look.

Learning how to properly rock her curls was tough for Washington, but she soon realized that leave-in products and plenty of conditioner could make a world of difference to how her curls looked. A monthly use of clarifying shampoo also helps her to keep her curls in tip-top shape.

Famous for her jet black 1940’s hairstyles, it is hard to imagine that Dita Von Teese’s real hair is anything but.

However, this iconic celebrity is actually a natural blonde.

How has she managed to keep everyone fooled? It is partly due to the way in which she keeps her eyebrows dyed too, ensuring that they never lighten and give away her natural color.

Wondering how she dyes her hair? She does it herself.

Surprised? Unlike many other celebrities out there, Von Teese doesn’t enjoy the time spent having her hair done, and much prefers to do it herself at home, using a box of store-bought hair dye. With black being quite a simple color to do yourself, the results for Von Teese are always perfect.

Want to know which hair dye brand she uses? Von Teese favors Garnier, and opts for the bluest black that they have.

When it comes to her lashes… Von Teese chooses to wear false lashes rather than tinting her own lashes, simply for the fact that she enjoys this more. 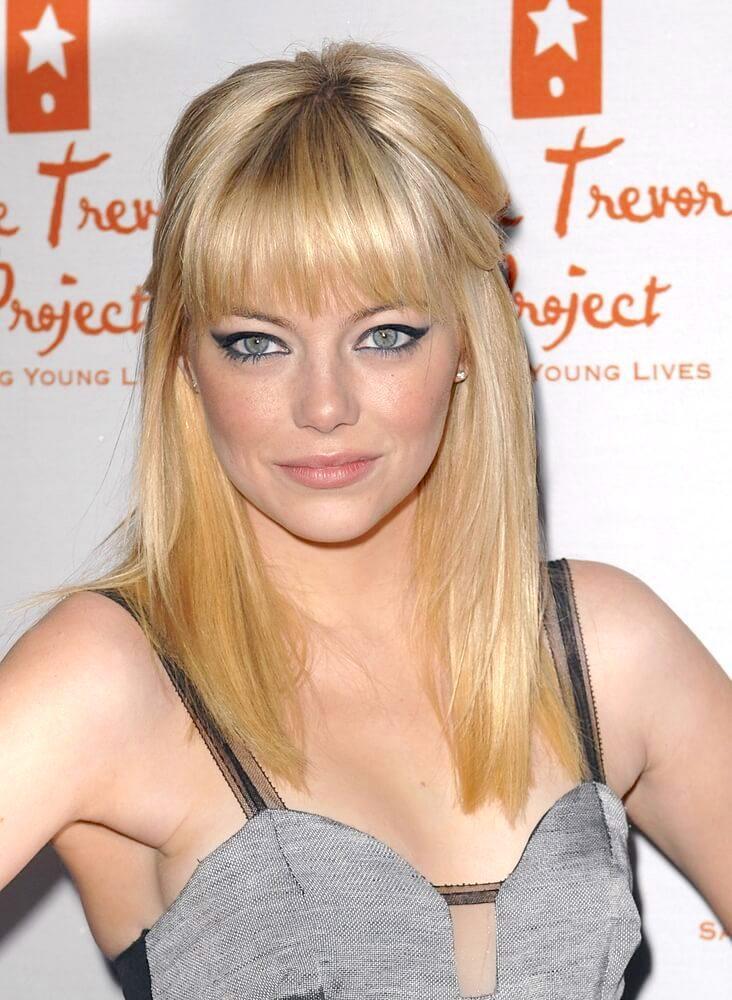 Emma Stone is known for her fiery locks, but this beautiful actress is not actually a natural redhead…

Blonde, and quite a light blonde at that. She has been dyeing her hair for years, opting for shades of red.

It first started for a movie role, but Stone also feels that her skin tone and undertone is more akin to that of a redhead, which is why red shades seem to just suit her better.

When you think of Nicole Kidman, you likely think of her sun-kissed beachy hair, because this is the look that she has sported for so many years now.

However, Kidman’s hair is actually red, and rather than being straight, features tight curly ringlets.

Why doesn’t she ever wear her hair naturally?

Well, sadly, due to all of the chemical treatments that she subjected her hair to over the years, as well as the fact that hair texture can change with age, Kidman fears that she has lost her curls for good. The actress does regret this, and always tries to teach other women to love their natural hair so that they don’t cause the same permanent damage to it that she has.

Jessica Simpson is known for her glossy blonde locks, but this singer is actually a natural brunette.

You won’t see her sporting her true brunette shade too often though, as Simpson loves how the blonde complements her, and this is definitely true. She tends to experiment with a variety of blonde shades to keep things interesting, and will likely keep doing so for the foreseeable future. 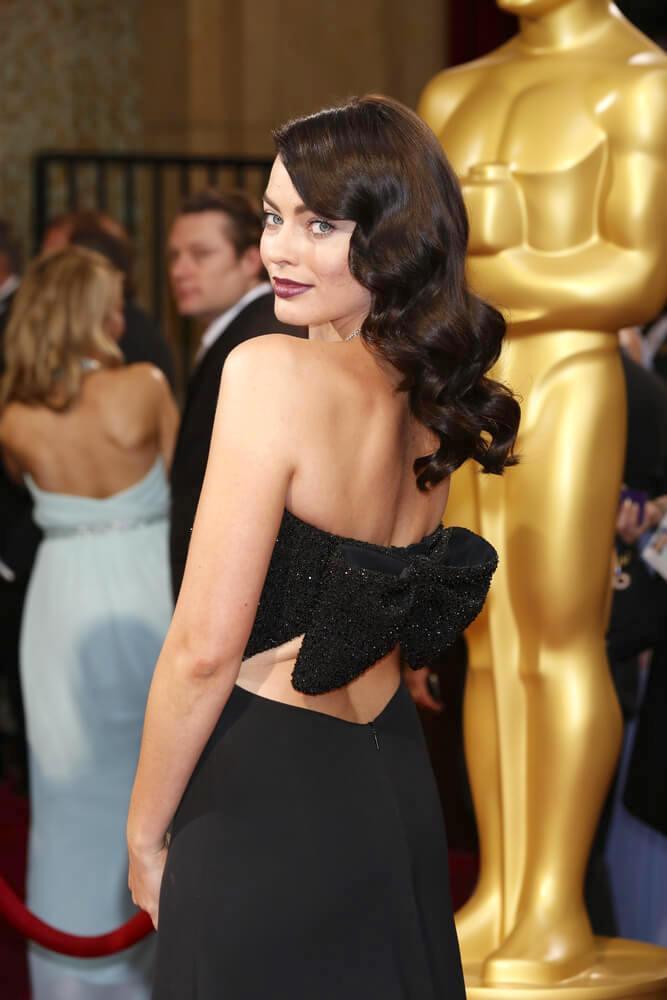 Actress Margot Robbie is a natural brunette, and this is how she wore her hair throughout high school.

However, once she left school and decided that she wanted to be an actress, she found that her brown hair held her back when it came to auditions, with many asking her if she would go blonde instead.

So, what did she do?

She went blonde, and really made a name for herself as sultry Naomi in The Wolf of Wall Street.

There is no denying that the blonde suits her well, thanks to the perfect shade that her hairstylist chose by keeping Robbie’s skin tone and eye color in mind. Since Robbie’s hair requires regular dyeing, her hairstylist also ensures that she uses hydrating hair masks on the actress, as well as heat protecting sprays when styling.

Sofia Vergara is known and loved for her role on television show Modern Family, where she plays a feisty Latin brunette.

It would be easy to assume that brown is her natural hair color, but this isn’t actually so…

Vergara is a natural blonde, but went brunette quite a few years ago.

Why? Well, just like many of the other actresses on this list, Vergara found it difficult to land roles with her natural hair color. Once she went brunette, she found that her features were complemented better, and this enabled her to score better roles.

Singer and actress Mandy Moore has sported her brunette locks for almost two decades now, and those who never knew of her in her earlier days would be surprised to learn that brown isn’t her real color.

Mandy Moore is actually a natural blonde, but had to die her hair way back in 2002 for the movie A Walk to Remember. The actress didn’t realize just how much she would love this new shade, especially at a time when she was trying to break out of her pop singer image and move into the world of acting. 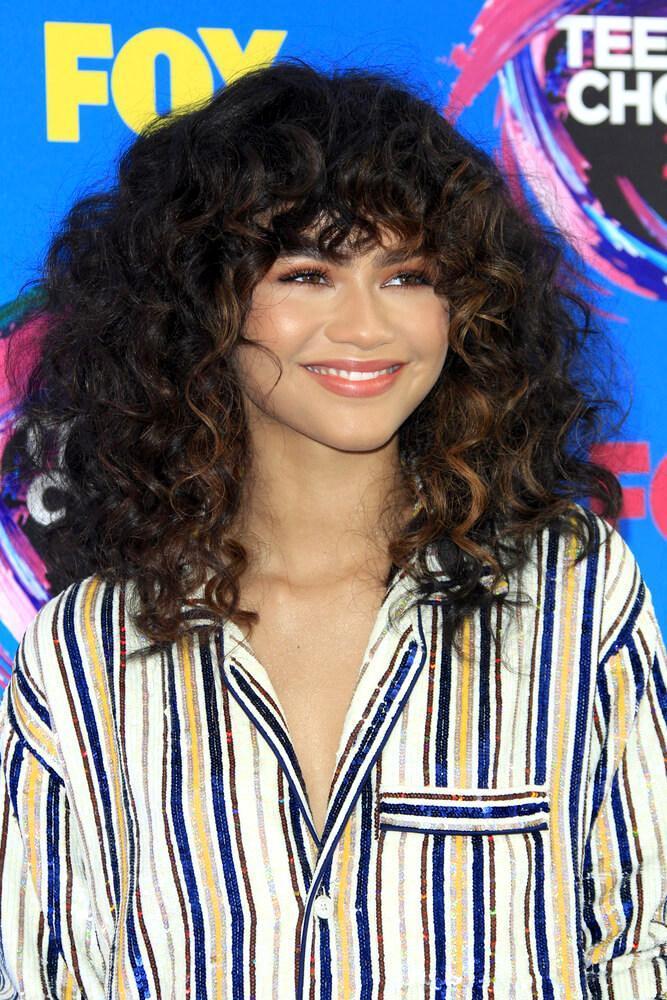 Zendaya at the Teen Choice Awards 2017 at the Galen Center on August 13, 2017 in Los Angeles, CA | © Kathy Hutchins / Shutterstock

In the past, American actress and singer Zendaya favored straight hair, lacking confidence when it came to her curls. Whenever possible, Zendaya would opt for styles that hid her natural hair texture.

However, in the visual album for the Beyonce’s Lemonade, Zendaya, as well as the other women featured, were shown with their natural hair.

Because the album is all about taking pride in who you are, as well as what you look like.

Ever since then, Zendaya has been learning more about how to work with her natural hair, styling it in a way that flatters her face and shows off her personality.

This hasn’t been easy…

Due to the amount of hair damage the star’s hair faced from all of the years of heat styling, it took a few years for Zendaya to properly grow her healthy hair back.

However, now that she has, she isn’t letting it go and plans on showing the world just how much she embraces her natural locks.

Lady Gaga is known for all of the crazy wigs that she wears, and has done this for years.

She has told fans that it is due to all of the difficult times that she’s been through, resulting in her turning to bold makeup and wigs to mask the pain. When she didn’t feel as though she could face the world herself, she would use her hair and makeup to create an alternate persona that helped her to face reality.

It’s brown and slightly wavy. The first time she revealed her natural hair to the public was in 2014 at the London iTunes Festival, during her performance of Sex Dreams. As she pulled her wig off, she encouraged all of her fans to also reveal their natural hair. 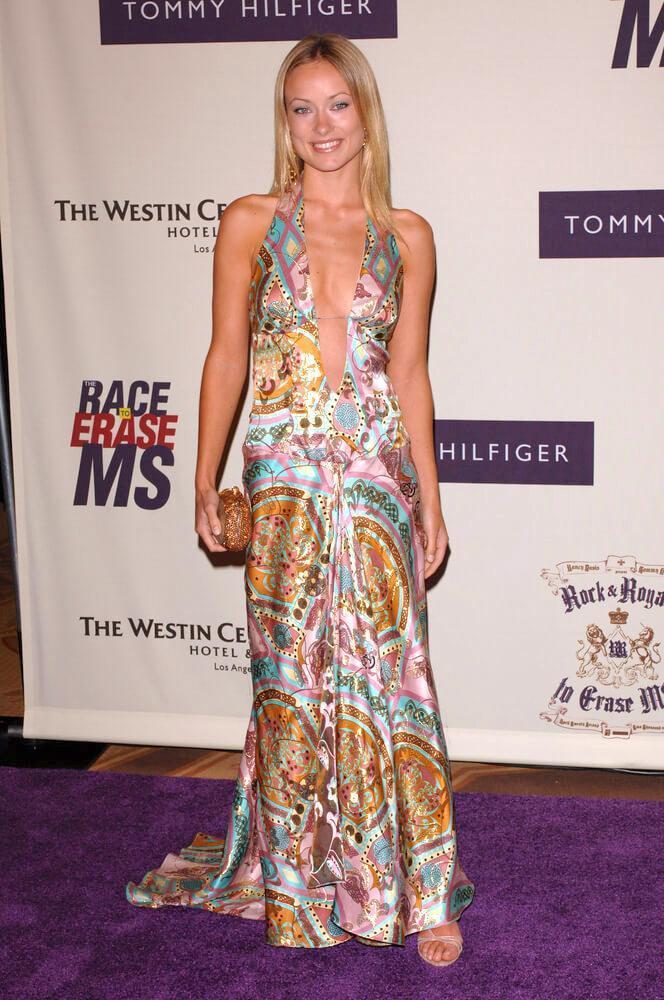 Just like Mandy Moore, Olivia Wilde is another actress who has opted to be a brunette rather than a natural blonde.

Although she began her career with lighter locks, Wilde usually chooses to dye her hair darker, and this definitely does suit her. When she first dyed her hair, she found that the acting offers she received changed, with better and more serious jobs becoming available to her.

Of course, just like many other women out there, Wilde loves to experiment with different colors, and does sometimes let her natural hair shine.

The one thing that Wilde advises when switching from light to dark is learning how to adapt your makeup to this. Since Wilde has fair skin, she finds contouring to be especially useful, as well as bold eye and lip colors. When she decides to go blonde, Wilde opts for minimal makeup, choosing to keep the rest of her look natural too.

When she first began acting, her hair ended up being extremely damaged by stylists, leading to her having to cut her hair in order to grow it back healthier.

While this was happening, Union would always wear a variety of different wigs and weaves, which is why the public never got a glimpse of her natural hair.

However, now that her hair has grown back healthier, Union embraces her natural tight curls, and wears her hair this way whenever possible.

While you may have known about the natural hair of some of the celebrities on this list, there are likely others that ended up surprising you.

Why are so many of these celebrities choosing to now reveal their natural locks?

It all comes at a time when women are learning how to love who they really are, and to appreciate what they have rather than trying to hide it. Many of these celebs faced criticisms for their natural beauty, but have now managed to overcome that and allow themselves to really shine.