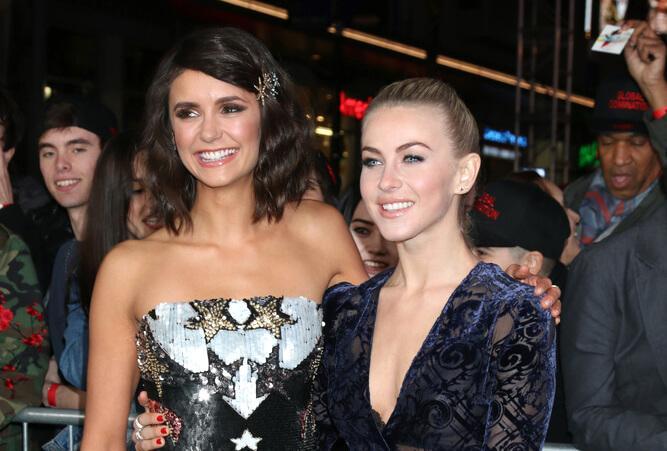 Where there are BFFs, there is lots of laughter and fun. Wondering who’s pairing up in BFFs and sipping cocktails and having sleepovers together? We know! And we’re here to tell you.

The incredible pair met as little girls when they were just four years of age in pre-school. Since then the friendship has grown in leaps and bounds through Paris and Kim’s different seasons in life. At 20 years, Kim posed as Paris’s assistant as she was trying her way into the TV industry. Paris was, however, at the time lucky to be starring in simple life a reality TV show alongside Nicole Richie.

In spite of being an assistant, Kim’s world was opening, and much attention was blowing her way. The attention was seemingly rubbing Paris the wrong and their friendship took a hit. The relationship grew sour and became saga-filled to an extent where they couldn’t talk to each other.

The bad blood however thawed with time. Going by Kim’s Instagram photos where she was catching wind of the memorable good old days in 2014, the two reconciled and were in good terms. During Christmas 2016, Paris joined the Kardashians for the celebrations. Kim decided to share gifts on Valentine’s Day 2018 to her BFF Paris. The gesture was well received followed by a thank you message.

Second in the famous BFFs list is Nina Dobrev and Julianne Hough. The duo met courtesy of their mutual hairstylist who introduced them to each other. Theirs was a fast friendship.

Julianne and Nina enjoy baking in each other’s company and success. Their Instagram pages are full proof of their closeness. From the pages, you will see photos of the two enjoying fun moments such as on vacation with matching bikinis, eating pizza and even spooning on a beautiful coach.

Their friendship’s long term goal is to be the kind of mothers who travel the world with their kids. Nina actually joked about wanting to be Julianne’s baby sitter- that was during Julianne’s wedding in 2017.

To the two beauties, distance does not impede conversation. Though they are busy celebrities, they are always ready to listen to each other even via phone while offering much needed advice.

Getting silly with each other is an ingredient to the great relationship. Having met in a fashion show, Cara slapped Rihanna’s bum on the first meet up. And just like that a long lasting friendship began. The two have a mutual love for fashion which seems to be a key part of the twosome.

In the course of their friendship, they have co-starred in Valerian and the City of a thousand planets. On Rihanna’s 30th birthday, Cara posted a sweet, selfless message to celebrate her BFF.

The duo enjoys fun activities like FaceTiming and sleepovers when they are together. They were also spotted in the World of Harry Potter and chugging Butterbeer. As celebs, they also attend events together such as Teen Choice Awards 2017.

Their friendship dates back to the taping of ‘so you think you can dance’, where they bumped into each other for the first time. The duo’s love for dance offered them the golden opportunity. Millie and Maddie knew their friendship was to blossom the first instance they talked to each other. And true to their projection the two are now BFFs who can’t seem to have enough of each other.

Selena and Jennifer are not new to your silver screen. But maybe you did not know that the two actresses and influential singers are Best friends. The two are forever grateful to their management since it’s the avenue through which they met.

Selena was gracious enough to invite Jennifer over to her place after they met and the rest, as they say, is history. Since Jennifer owns a top of the range pizza oven, the duo always makes dates to share pizza and catch up with one another. Between the two, Jennifer seems to play an additional role by offering Selena motherly advice.

It seems unlikely that the duo can get along, but hey they do. Together they run Martha and Snoop’s Potluck Dinner Party, a VH1 show in which they bring renowned personalities for cook-offs with actual recipes and fun chats. 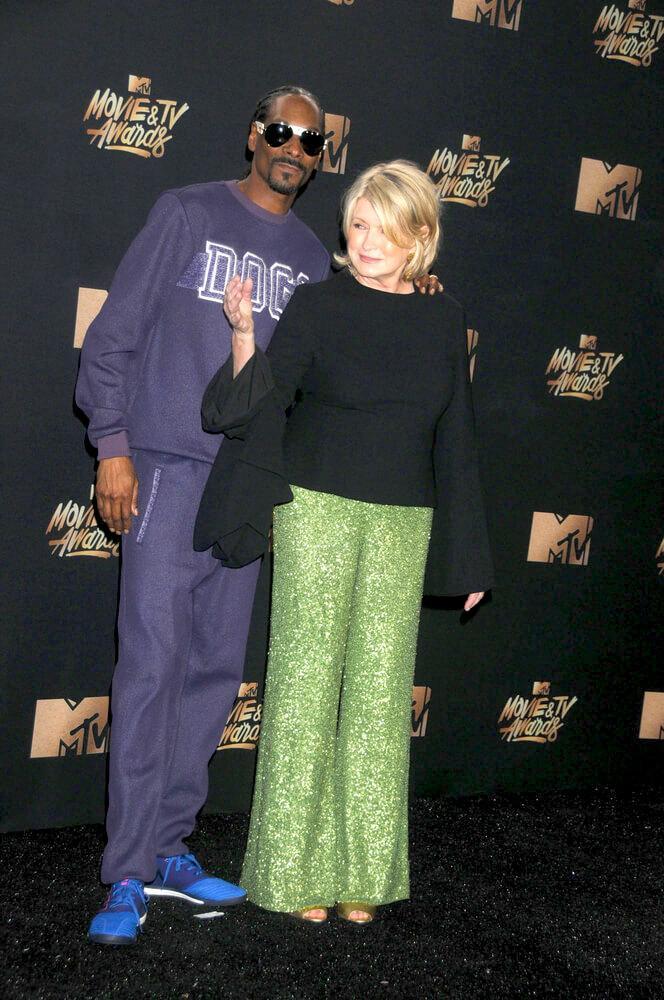 Their two first encounters with each other were in 2008 when Snoop appeared as a first- time guest in Martha’s show, and together they prepared mashed potatoes. However, theirs wasn’t friendship at first meeting. To get closer to Snoop Dogg, Martha expressed her desire to be friends with Snoop in a Reddit thread.

The pair is forever grateful to Comedy Central for giving them the opportunity to reconnect on Justin Bieber’s roast special. Their appearance together in Entertainment Tonight’s $10,000 Pyramid in 2016 kept the friendship ball rolling. Both continue to bond over food as each complements the other on culinary skills.

A visit to either Reese or Mindy’s Instagram will only reveal how tight the bond between these two is. The duo’s friendship is a result of ‘A wrinkle in time’ a Disney film in which they were both on set.  Owing to their acting skills the pair enjoys traveling together for filming.

During Mindy’s birthday, Reese went out of her way to post an excellent boomerang and a congratulatory video wishing her buddy the best birthday.

The inseparable Reeses Pieces and Min Diesel- pet names they coined for one another- will stop at nothing to grow their friendship. If Instagram is anything to go by, their bond is getting more profound, and they won’t stop fussing and posting photos of each other on Social media.

It’s not clear how Kris and Lawrence first met. But of their most memorable events, is a surprise birthday party organized for Lawrence by her friends. The birthday girl says that her biggest surprise was seeing Kris come in with the delicious cake singing a birthday melody.

This celebrity BFF has had some answering to do because of a photo where they were “caught in bed.” The whole affair however seems to have been a harmless gimmick; both downplayed it and even joked for “being caught!” the duo continues to enjoy dinner parties in each other’s company.

Jenna and Jennifer share in their love for dancing which is what made the basis of their meeting. Jenna Dewan seems to have fallen in love with Jennifer Lopez before she did with the world of dance. It is this love that propelled her to join the dance industry to be friends with Jennifer Lopez.

Dewan admitted to drawing much of her inspiration from Lopez nearly the whole of her life. What started as a love for dance has now blossomed into a beautiful friendship.

Both Kristen and Dakota featured in Twilight, where they played as each other enemies. Enemies become friends too, as it would turn out; co-starring in the acclaimed movie series opened the door to friendship and sisterhood.

During Elle’s Women in Hollywood Awards in 2016, Dakota flew to the event where she was to present an award to her BFF Kristen Stewart who was among eight women who made it to the ELLE’s November issue cover. The November issue was a dedication and celebration of hardworking women in the business world. 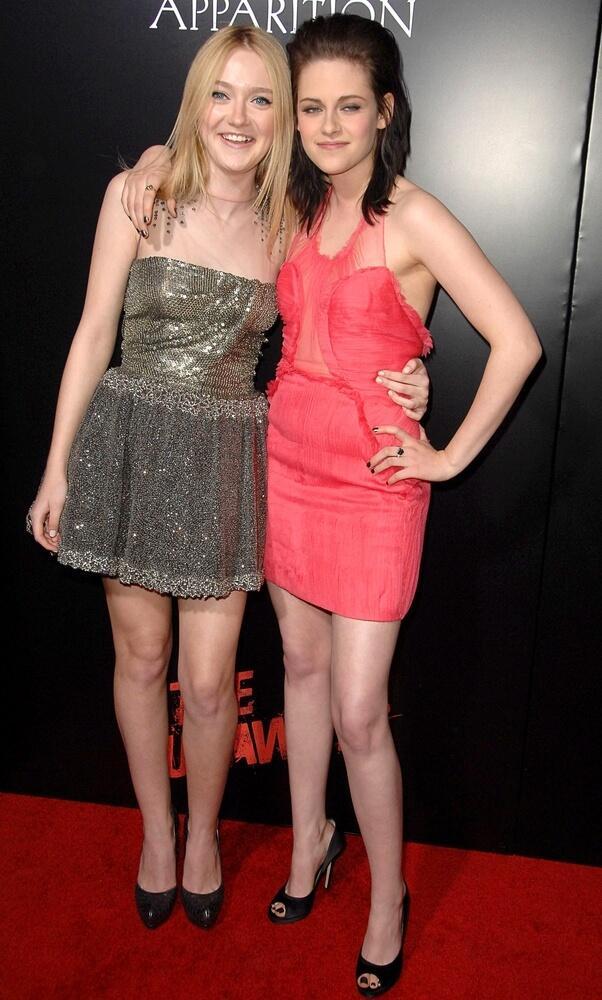 Dakota, in her speech during the event, mentioned how strong and special the bond she shared with Kristen. Upon receiving her award, the pair hugged while Dakota gushed about their friendship to the crowd.

When Dakota was going through a nasty breakup, it is Kristen that held her back. Kristen has also taught Dakota the power of being real all the time.

Talk of friendship at first sight that is the case for Emma and Lea. Having starred in Scream Queen, the duo became friends almost immediately.  The pair has a mutual love for acting, and they complement and work together.

They are intentional about spending quality time together where they keep each other in check and shape as they do Pilates. Like normal girls, they enjoy having their hairs done in the same salon as well as going for night outs. When either of them is down, the other pulls them back up.

Since they are co-workers, the BFFs encourage one another, especially on the tough acting roles. For example, Lea walked Emma through anxiety in deciding how to play the lead role in the Glee days. Their Instagram pages are but avenues for proving their friendship to the world.

You can never be too mighty to need a friend. Before the rise of Meghan Markle into royalty as the Duchess of Sussex, she met Priyanka during the 2016 Women in Television dinner. What followed was a special bonding that developed into a BFF-level relationship.

Will the friendship hold especially after one half of the duo became a royal? This has been the question going around rumor mills. But if Priyanka’s heartfelt tribute during Meghan’s big day is anything to go by, then there is hope for stronger ties in the future!

Kate and Liv’s friendship started early in their life, when both joined the Crossroads Schools of Arts & Sciences located in Los Angeles. The duo went further to know each other’s families, as well as they do their own. Additionally, they have spent most of their life together as close friends in both the Tyler and Hudson clans.

It’s no surprise that Kate’s mum (Goldie Hawn) and Liv’s dad (Aerosmith Steven Tyler) also happen to be renowned personalities too. As friends, the celebrities have kept tabs on each other lives while maintaining a rare tight-knit family closeness.

Can siblings be BFFs? Khloe and Rob Kardashian are amongst the few if any celebrity BFFs who are also siblings. Out of the six siblings in their family, Khloe and her younger brother Rob are best of friends.

The two have also made the radical decision of moving in with one another. When things went south between Rob and his girlfriend Adrienne Bailon for what Adrianne claimed to be cheating, boldly, Khloe came out in defense of Rob.

Khloe has on several occasions stated that her brother is her entire world. Their bond is rare and admirable for siblings.

Ask any celebrity, and they will tell you that it’s hard making new friends. Reason being, they can hardly differentiate the genuine ones from those after their fame. However, there is hope since there are Celebrity BFFs who have proven that strong bonds cannot only be created but can also stand the test of time.

If you are in search of lasting personal relationships, you will want to learn from the already existing Celebrity BFFs; true friendship goes beyond fame and riches and, if you try hard enough, you can always create time for your friend even with a life as busy as that of a celebrity.