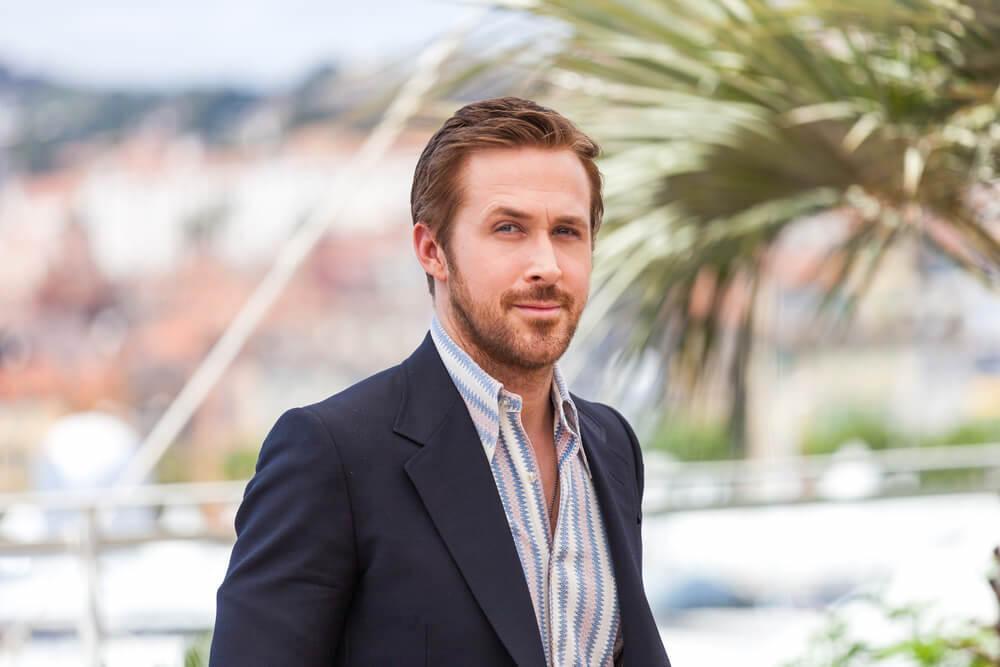 Telling where a celebrity comes from can be quite difficult, especially if they don’t have a clear accent for you to go by. Some celebs though have such a deep attachment to their country of origin, that everything from mannerisms to accents betrays them.

Of interest though are celebrities who were born or brought up in Canada and found fame elsewhere. These are English-speaking stars with a lot of ‘ehs’ in their speech and pronounce ‘about’ as ‘aboot’. So, who are these famous former and current Queen’s subjects from the north? Here are 30 celebrities you didn’t know were actually Canadian.

Actor Seth Rogen is one of the most famous comedians of his generation. His success can be traced back to productions such as The 40-Year-Old Virgin and Knocked Up. Although much of his career has thrived in America, Seth started out as a teenage stand-up comedian in Canada. The now Los Angeles-based star was born in Vancouver, Canada.

Rachel McAdams is better known as Allie, a character she played in the hugely acclaimed romantic film The Notebook. Before she was an A-lister though, Rachel was performing in theater productions of Shakesphere’s plays in her teen years. This was back in Canada where she was born before moving to Hollywood.

Ryan Gosling who at one time dated Rachel McAdams, his co-star in The Notebook, also hails from Canada. The duo actually shares more than the love for acting; both were born at St. Joseph’s Hospital in London, Ontario, Canada and kicked off their careers as teenagers. Unlike Rachel who took to acting in her teens though, Ryan started out as a singer before venturing into films.

Elisha was born in Calgary, Alberta, Canada. Before she was Kim Bauer in 24 and Alex Kerkovich in Happy Endings, Elisha was modelling kid’s clothing. The beauty, once dubbed one of ‘the sexiest women’ in the world, has had an illustrious career in both film and TV. Leesh, as her close friends call her, has one kid and is a huge hockey fan.

‘The merc with a mouth’, Wade Wilson or simply Deadpool is one of the most famous characters to have appeared on big screen. The man behind this success is none other than Ryan Reynolds, a Canadian-born actor. He actually takes swipes at his country of birth during his many wise cracking post-credit scenes in Deadpool 2.

Cobie Smulders, born Jacoba Francisca Maria Smulders is a Canadian born actress. She stared as Robin Scherbatsky in How I Met Your Mother, a role that had her as a former Canadian Bubblegum pop singer. In real life, Cobie was born in Vancouver, British Columbia and started out as a model before moving to the American scene.

Yes, Grammy Award winner Drake is Canadian. Aubrey Graham Drake was born in Toronto to a Jewish Canadian mother and an African American father. Before he was filling the airwaves with egotistical lyrics, he was a TV actor. He first tasted fame on Degrassi: The Next Generation, a Canadian drama series.

The fans of supernatural TV dramas will in no doubt recognize the name Elijah Mikaelson- the second-oldest vampire in The Originals and Vampire Diaries. Daniel Gillies, the actor behind the character was born in Winnipeg, Canada before his family moved to New Zealand. Before landing big roles in the States, he had tried his luck in New Zealand, Canada and Australia.

Tatiana Maslany is one of the best actors of her generation. Case and point is her work in Orphan Black where she plays over 5 characters. Her performance in the sci-fi TV series has earned many accolades, including a Primetime Emmy Award- the first for a Canadian in a major category. She was born in Regina, Saskatchewan.

Science fiction book lovers will easily identify Stephen Amell. He is the current Oliver Queen in the TV adaptation of the comic book character Green Arrow. He was born in Toronto, Canada and is a first cousin to Robbie Amell– another Canadian celebrity who plays Ronnie Raymond on The CW’s Arrowverse series The Flash.

Taylor Kitsch was born in Kelowna, British Columbia, Canada. He is a model and actor who is better known for his lead role in John Carter. In a true fashion of the north’s pastime sport, Taylor fell in love with Ice Hockey at age three. His dream of going professional was however cut short after a knee injury while playing in the Junior League.

Allen, born Ellen Grace Philpotts-Page, hails from Halifax, Nova Scotia, Canada. Her career began at the tender age of 10 on Pit Pony, a Canadian TV series set in the early 2oth century. She has since appeared in notable roles in films such as X-Men: The Last Stand, Whip It and Juno.

Michael Austin Cera is an actor, musician and producer from Canada. To the rest of the word though, he is better known as a George Michael Bluth from American Sitcom Arrested Development. You may also recognize him as the lead in Scott Pilgrim vs. the World.

Nina Dobrev, just like Drake, made her acting debut on Degrassi: The Next Generation. She is however well known for her role as Elena Gilbert and Katherine Pierce on The CW’s The Vampire Diaries. She was born in Bulgaria but her family moved to Canada when she was two years old – she moved to the states in 2009.

Sandra Oh is the first woman of Asian descent to win two Golden Globe Awards. She was born to Korean immigrant parents in Ontario, Canada. The actor is known widely as Christina Yang, a character she played on ABC’s long-running TV series Grey’s Anatomy. So much was her character loved that she was 2015 People’s Choice Award winner for ‘Favorite TV Character We Miss Most’

Jim Carrey, born James Eugene Carrey, is a master slapstick comedian and also a leading impressionist. He was born in Ontario, Canada before moving to America where he found fame. His biggest break and the act that came to define his career was Llyod Christmas in Dumb and Dumber. In 2004, Jim received United States citizenship making him a dual citizen of the U.S and Canada.

Allison Pill is a Canadian born actress. Before she found her way into the big screen, she worked as a narrator for children’s audio books. In her teens, she acted in many backgrounds and minor roles before her big break as Kim Pine in Scott Pilgrim vs. the World. Other notable works from her career include roles in American Horror Story: Cult and The Pillars of the Earth.

Anna Paquin is well recognized as Rogue in the superhero movie franchise X-Men. She was born in Winnipeg, Canada before her family moved to New Zealand. After her parent’s divorce in her youth, she moved to the States with her mother. That was way back in 1995 and ever since she has made a name for herself as a great actress.

Emmanuelle Sophie Anne Chriqui is a Canadian-born TV actress. She is well known for her role as Sloan McQuewick in HBO’s The Entourage. She started her acting career in a McDonald’s commercial before advancing to TV series and movies. She has appeared in over 30 films and just as many TV shows.

In the world of movies, James Cameron is undisputedly one of the most popular persons. He is the mind behind The Terminator movie series, Titanic and Avatar. He was born in Ontario, Canada and only moved to the south when he was 17.

Before he was directing blockbusters, Cameron was once a truck driver.

William Arnett has earned himself many accolades as a comedian and actor. He has had leading roles in the big franchise such as Arrested Development and 30 Rock. He is also the lead voice actor behind the animated comedy BoJack Horseman. He was Born in Toronto, Canada where he did commercials before moving to New York to study acting.

Donald Sutherland or President Snow as fans of Hunger Games trilogy know him, is a Canadian actor with a career spanning over five decades. He has appeared in many productions including the classics such as The Dirty Dozen and M*A*S*H.

His son Keifer Sutherland of the Jack Bauer fame is another famous Canadian celebrity. His contribution in arts has seen Sutherland being bestowed with the Ordre des Arts et des Lettres, an order from France’s Ministry of Culture.

Mathew Perry is half Canadian, having been born to a Canadian mother and an American father. He is better recognized as Chandler Bing, one of the lead characters in NBC’s sitcom Friends. He was born in Williamson, Massachusetts before moving to Ottawa and back to the US in his teens.

Although Bieber has recently applied to become a US citizen, or so the rumors go, it’s worth mentioning that he is 100% from the ‘maple leaf’ country. He was born and raised in Ontario, Canada.

Beiber got his big break at age thirteen after Scooter Braum formerly of So So Def Recordings took an interest in his singing skills. He was soon after signed by RBMG Records, a media company co-owned by Usher and Braum.

Richard Castle is a well-known American mystery writer… well, that is if you are a fan of police dramas. In ABC’s Castle Nathan Fillon gave one of his best and long-running performances to win millions of fans worldwide. Although the show is set in America, he is Canadian and was born in Edmonton, Alberta. Currently, he is the lead actor in The Rookie.

Mike Myers is one of the greatest and well known comedians of his time. Some of his best roles include the lead in Shrek and Austin Powers. He was born in Scarborough, Canada and is a recipient of the Order of Canada medal. His career started at age two in commercials. His big break came when he was accepted as a regular performer on Saturday Night Live.

Fans of 1990’s horror films will undoubtedly recognize Neve Campbell as Sidney Prescott, the main protagonist in the Scream film series. She was born in Guelph, Ontario, Canada. She has had notable roles in TV shows such as Party of Five and House of Cards.

Neve was once named among People magazine ‘The 50 Most Beautiful’ people and appeared in the list of FHM’s list of ‘Sexiest Women in the World’ 4 times in a row.

C. J. Parker was among the main characters from the Baywatch TV series. The character was played by Canadian-American actress Pamela Denise Anderson. Her fame came to be after featuring on the Playboy magazine in the February 1990 issue. The Canadian Walk of Fame inductee is currently an animal, human and environmental activist.

It’s easy to conceal your true identity and more so nationality, especially when you are always in a costume- make that a giant mouse head and you get Dj Deadmau5.

Born Joel Thomas Zimmerman, he is a Canadian DJ and producer specializing in electronic music. He was born in Niagara Falls, Ontario and began his music career in sometime before 2000.

There you go! If any of the above celebs is your favorite, now you know a thing or two about him/her besides knowing they are actually Canadian.