Home » 15 Most Popular Celebrities on Instagram in 2019
Previous Next 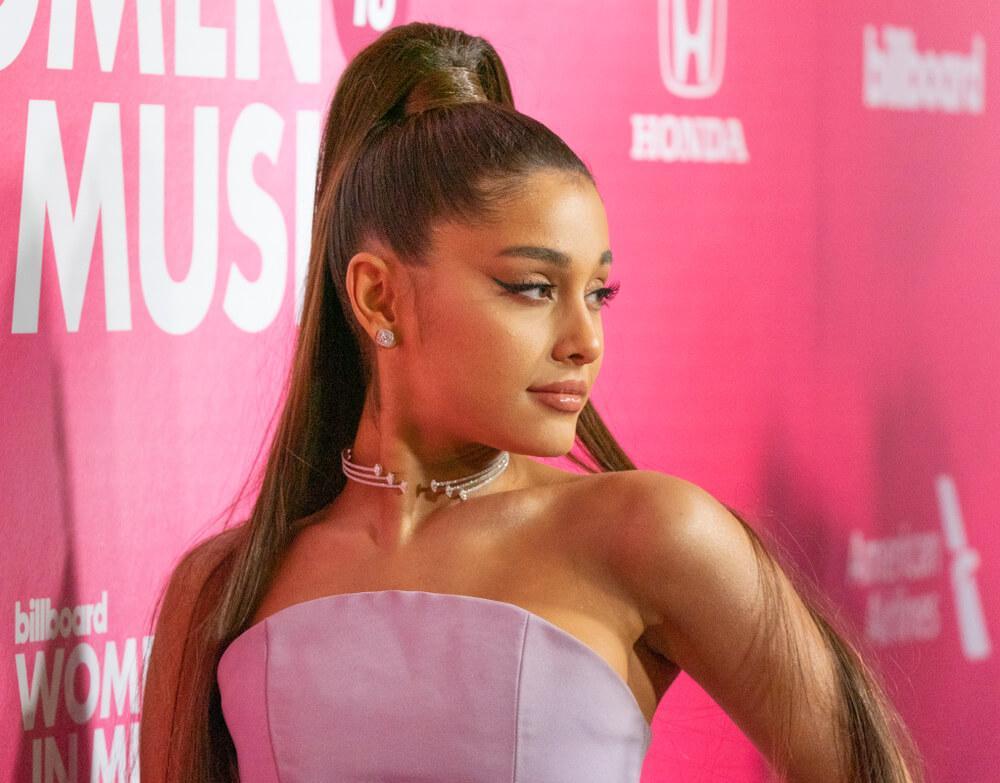 Social media has proven to be a powerful influential tool, and among the leading social platforms in the digital world is Instagram. Many of the celebrities out there have mastered the art of using the platform to reach fans, stir controversy and advance causes.

Since its debut in 2010, Instagram has garnered over one billion monthly active users. That makes up for a rich fan base, and celebrities have been clamoring for their share of the pie. In-keeping up with the social media-savvy stars, here are the 15 most popular celebrities on Instagram in 2019.

Professional football, or soccer, is one of the most-watched sports in the world. It’s the kind of sport that creates new stars every year from all over the world. Leading the pack is Christiano Ronaldo, a Portuguese national currently playing for Juventus in Serie A (Italian League).

Arguably one of the best players of all time, Cristiano, or Cr7 as he is also known, has played for several leading clubs in Europe. Before moving to Italy, he had played for Manchester United, Real Madrid, and Sporting Lisbon. Among his notable achievements includes 5 UEFA Champion League wins and 300 trophies and medals overall.

In February 2019, Ariana claimed the top spot as the woman with the most followers on Instagram. At 160 million and counting, her followers outnumber her closest competition, Selena Gomez, by almost 8 million. She is among the highest-paid and most influential women in 2019, according to Forbes and Time respectively.

The multi-platinum American singer’s stardom started with a role on Nickelodeon’s Victorious. She gravitated towards music with her performance of cover songs, catching the interest of Republic Records, a Universal Music Group recording label. Ever since, it’s been a meteoric rise for the Bang Bang singer. Currently, she holds over 83 awards, including a Grammy and two MTV Music Video Awards.

With over 153 million followers, Selena Gomez surely rules Instagram. For several years now, she has been sitting pretty at the top before Ariana Grande pushed her to No 2. Her account is lively with gorgeous photos and videos of herself and friends in everyday situations.

The American singer and actress made her television debut in Barney & Friends. She has since gone on to appear in big TV and film productions, including serving as an executive producer of Netflix’s 13 Reasons Why. She is also an accomplished songwriter and singer with several music awards to her name.

Dwayne Johnson, or The Rock to his legion of fans, is an American actor and former professional wrestler. He is one of the most profitable names in Hollywood, with his films earning over $3 billion in America alone.

Before venturing into the movies, The Rock was a champion with the World Wrestling Federation. Did you know that his father and grandfather were also pro wrestlers?

Dwayne Johnson has starred in several leading roles, including The Scorpion King and Walking Tall – films that established him as an action star. Currently, he is riding high as Luke Hobbs in the action film series Fast & Furious.

Kim Kardashian is one of the most recognizable reality TV stars. She is also not afraid of a little controversy, a trait that has seen her amass a huge following. Her dance with stardom started with the release of a sex tape. This was followed by her family’s show, Keeping Up with the Kardashians, a highly successful reality TV show.

She represents a crop of celebrities who are famous for being famous – a trend that is seen across her family tree. Her marriage to rapper Kanye West has also earned her a significant number of followers across different social media platforms. Lastly, her successful advocacy for prison reforms puts her on the map as a serious activist.

Giving Kim Kardashian competition for Instagram followers is her half-sister Kylie Jenner. Her on and off relationship with rapper Tyga has seen more and more fans flocking to her Instagram account for news.

Just like Kim, her breakthrough can be traced back to starring in Keeping Up with the Kardashians. In her teen years, she launched a successful cosmetics line and a best-selling app.

Kylie was once named the most influential celebrity in matters fashion by New York Post. Endorsements and skyrocketing sales of her cosmetics have seen her net worth rise to over $1 billion. As of March 2019, at age 21, Forbes named her the world’s youngest billionaire.

At No. 7 is Queen Bee, American singer and songwriter, who has sold over 100 million records as a solo artist. Born Beyoncé Giselle Knowles, Beyoncé’s career took off during her days as the lead singer of Destiny’s Child. Her first solo album earned her five Grammys, making her an instant celebrity.

When it comes to social media, she has raised eyebrows due to how she doesn’t follow anyone on Instagram. This has, however, not stopped millions from following her. Her marriage to rapper and business mogul Jay Z has definitely aided her celebrity status. Additionally, she has the ability to rebrand herself in a way that keeps her on top of the game.

A look at Leo Messi’s Instagram shows a man whose life revolves around football, family and friends. The Argentine professional footballer has had an extraordinary career, giving him a cult-like following. Among his achievements include winning 34 club trophies with Barcelona – the only professional outfit that he has ever played for.

He has scored over 700 goals in his career, with a record 419 goals in La Liga (Spanish football league). Ongoing professional rivalry between him and Christiano Ronaldo has been instrumental in winning him many followers. Currently, both players have 5 Ballon d’Ors, with Messi winning the top award four times consecutively.

Neymar da Silva Santos Júnior, simply known as Neymar Jr, is a Brazillian professional footballer currently playing for Paris Saint-Germain. Pace and dribbling are among his best attributes, not forgetting that he can use both feet effortlessly. Before moving to Europe, he played for Barcelona, where he scored 105 goals in 186 appearances.

Dubbed as the ‘next Pele’, after one of the greatest footballers of all time, Neymar has been tipped to be the next big thing after Christiano and Messi. Away from football, his charity work in raising food for poor families has endeared him to fans and critics alike. 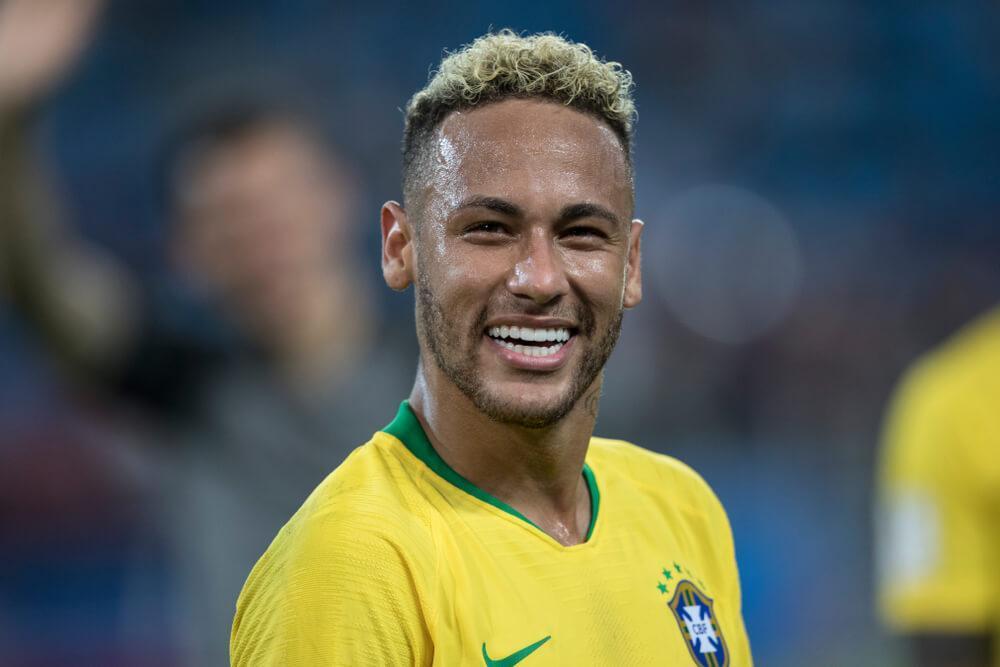 With 10 Grammys to her name, Tylor Swift is one of the most successful singers in modern times. The American singer and songwriter is known for catchy songs that revolve around her personal life. Her style has proven popular with the masses and has led to over 50 million album sales worldwide.

When it comes to accolades, Taylor is at the top: apart from Grammys, she has won 23 American Music Awards, and an equal number of Billboard Awards – the most wins by a woman.

Philanthropy has also earned Taylor many followers. Among her many charitable moments is a $100,000 donation during the Iowa flood of 2008, $75,000 to refurbish a school in Nashville, and $50,000 to Children’s Hospital of Philadelphia (CHOP). She is also outspoken in politics, especially in the endorsement of women leaders.

At only 25 years of age, Justin Beiber has achieved so much. The Canadian singer has sold about 140 million records and received 10 Grammy nominations. A favorite among the young generation, Beiber has won 23 Teen Choice Awards – add that to 21 MTV Europe Music Awards and the Baby singer’s career becomes very impressive.

The hitmaker is known for a controversial lifestyle which keeps him in the limelight. For example, he has been arrested for vandalism and throwing eggs at a neighbor’s home. He also has several DUIs on his rap sheet, not to forget the continued call to deport him from America. The end result of all this is fans and critics flocking to his social media.

Following in the footsteps of Kylie and half-sister Kim, Kendall Jenner is the third member of the Kar-Jenner clan on this list. She also made her debut on Keeping Up with the Kardashians before becoming a top model. She has walked for big names, like Victoria’s Secret, and, according to Forbes, the 23-year old was the highest-paid model in 2017 and 2018.

Kendall Jenner is among the most influential Instagirls, as seen in her adeptness at viral promotions. She has also made fans by appearing on music videos. When it comes to awards, she boasts 5 Teen Choice Awards for being a hottie, reality star, and model.

Colorful costumes, provocative dance style, and an outspoken personality are a few of Nicki Minaj’s endearing characteristics. The Anaconda and Bang Bang singer is among the most influential female artist of her generation. The Trinidad and Tobago-born singer has won about 137 awards since she started recording music in the early 2000s.

She has been nominated 10 times for the Grammys but is yet to win. However, she has won 19 BET Awards, with a record seven years in a row win for the Best Female Hip-Hop Artist award.

Over the years, Nicki has hit the headlines for her very publicized beef with other artists. She has had spats with the likes of Miley Cyrus, Cardi B, Azealia Banks, Mariah Carey, Steven Tyler, and Taylor Swift. The feuds have helped in boosting her online following.

Jennifer Lopez, simply known as Jlo, is an accomplished American singer and actor. She started off as a dancer before turning her eyes to music and movie roles. She is credited with advancing Latin pop music through her first album, which was released in both English and Spanish.

While she may be well recognized as a music superstar, her exploits as an actor have made her a big name in the film industry. She is known for starring in romantic comedies, such as Maid in Manhattan and Monster in Law. Among her many accomplishments is being an executive producer and judge on the reality series World of Dance.

Khloé is an American socialite and model who also comes from the Kardashian family. She is Kim and Kourtney’s youngest sister. Just like her sisters, she made her debut on Keeping Up with the Kardashians. The success of the reality show led to several spin-offs where she was the co-lead, including Kourtney and Khloé Take Miami, Khloé and Lamar, and Kourtney and Khloé Take New York.

Although much of her ventures have stemmed from her being a Kardashian, Khloé has proven to be success-driven on her own. She has hosted a radio show and co-hosted The X-Factor USA.

Her public and rocky relationships to professional basketballers Lamar Odom and Tristan Thompson have also managed to keep her in the spotlight.

Hot on Their Heels

Social media popularity is a game of numbers, hence the ranking keeps on changing. There have also been claims of celebrities buying followers to boost their ‘online presence’.

Whichever methods the above celebrities use to gain Instagram numbers, they have to keep up and step up their game; reason being, the following counterparts are hot on their heels:

There you go, that’s the list of who’s who on Instagram in 2019. Did your favorite celebrity make the cut? If not, keep your eyes peeled on their account, you never know what they have up their sleeve – a little controversy, endorsement or a new cause can see their numbers skyrocket in a flash.