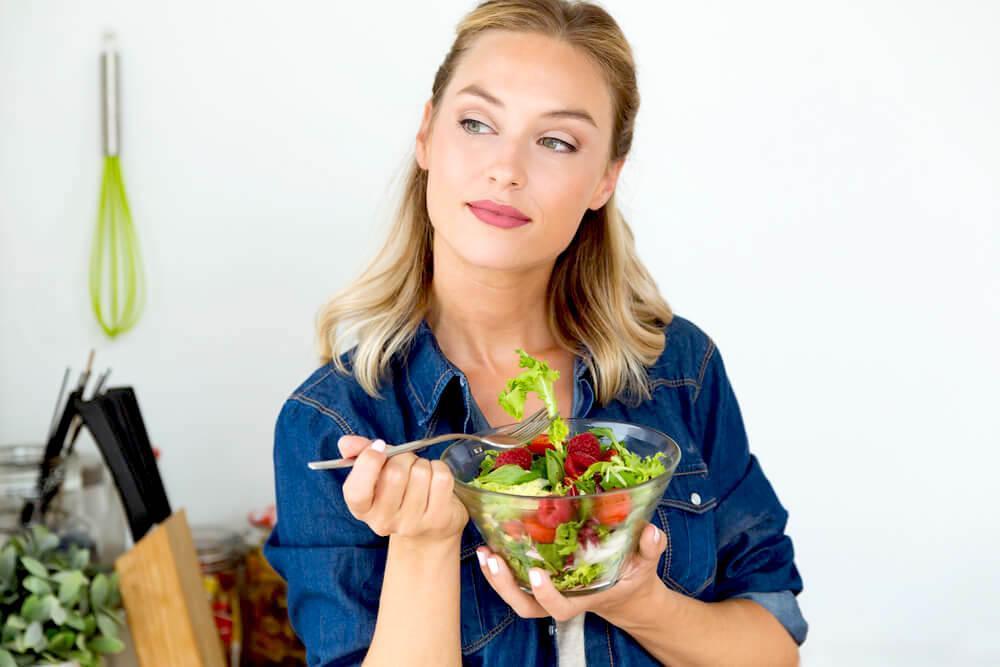 So, you’ve finally had enough of bad eating habits? Have no fear! We’ve got the best tried and true diets in town, so you can jump right in!

As a philosophy and a way of life, veganism has been around for decades.

In recent years, more and more people have jumped on the bandwagon and decided to banish meat, dairy and other animal-derived products from their diet.

While some people decide to start a vegan lifestyle out of ethical reasons, many have joined in on the trend for this diet’s numerous health benefits.

For example, vegans generally tend to consume more legumes, veggies and fruits than the average person who follows a standard Western diet. Because of this, they are less prone to various heart diseases and generally tend to have longer life expectancy.

And while all of this sounds great, you might be worried as to how hard it would be to make such a drastic change in your eating habits.

If you’re not comfortable going cold turkey on all the meat, dairy and eggs in your life, perhaps you should start with baby steps.

For example, take one animal-derived product you consume on a day-to-day basis and substitute it with a vegan-friendly alternative, whether that’s tofu instead of cheese or almond milk instead of the cow one.

Once you start feeling more comfortable with smaller concessions, it might be time to tackle the hardest part of this diet – quitting meat (and fish).

Fortunately, you will find there are plenty of other sources of protein that can keep you as equally energized as animal-derived foods.

For example, soy products, beans, nuts, hemp seeds and quinoa are all ingredients which are chock-full of proteins; plus, in a lot of cases, they are also easier to prepare than meat.

It should be noted, however, that sometimes people who are inexperienced with vegan food pallet often fall into the trap of compensating the loss of animal-derived meal with heavy carbs, such as pasta, sweets and bread.

To avoid having this happen to you, try to substitute processed carbs with all the belly-filling plant-based goodies, like fruit, veggies, legumes and mushrooms. If you’re not sure what to do with them in the kitchen, you won’t have a problem finding a sea of vegan recipes that will help you cook up exciting, flavorful meals.

People who have a sweet tooth might be worried as to how they’ll be able to satisfy their sugar cravings once they switch to plant-based diet. After all, a number of our favorite desserts often contain milk and eggs.

Sometimes, just eating rich, satisfying fruit like dates and bananas will be enough to scratch the itch. However, if you want to step up your dessert game, then go online and start learning how to make all those mouthwatering raw vegan treats.

After much deliberation, perhaps you’ve decided that vegan diet may be a bit too extreme for you.

And yet, you still feel like you’d benefit from switching up your carnivorous tendencies.

Well, looks like there’s just the diet for you!

Flexitarian diet is a nutritional approach which, as the word suggests, combines vegetarian principles with a flexible attitude.

In the early stages of the flexitarian diet, this means cutting off meat at least once or twice a week.

Once you’ve become more used to meatless meals, you can extend that period to three or four days a week, simultaneously reducing the amount of meat you consume rest of the week.

Finally, when you’ve reached the advanced levels of the flexitarian way of life, you can proceed to eating only one or two meaty meals per week.

You shouldn’t obsess too much about the meat consumption or the occasional slip-ups, as this diet stressed taking a relaxed approach.

However, you should focus on what occupies your plate next to meat, or lack thereof. True flexitarians should strive to include as many healthy veggies, fruits, nuts and seeds into their diets. 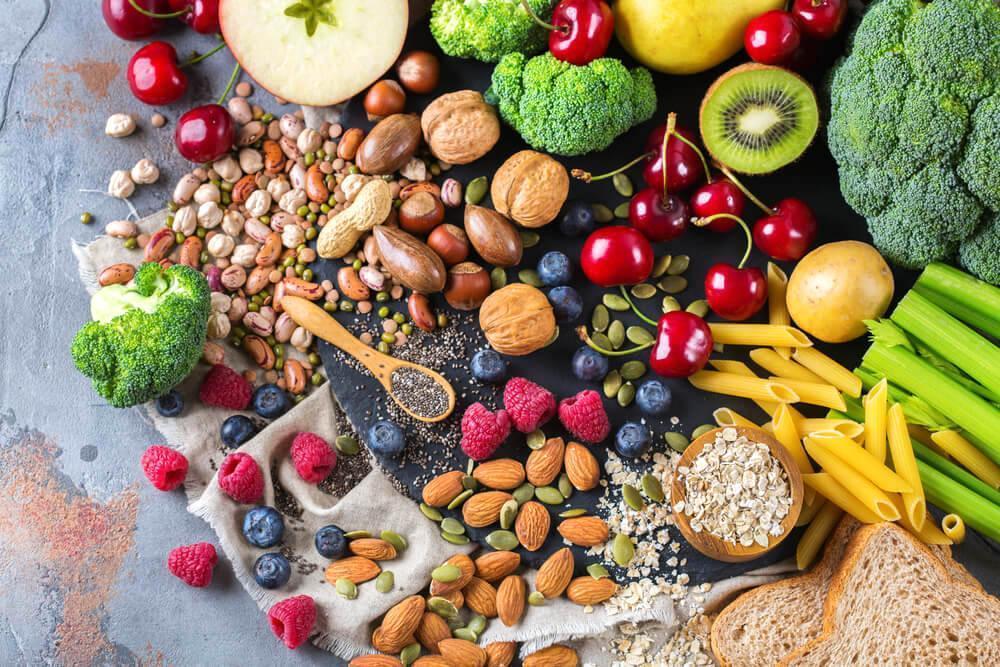 These body-boosting ingredients will serve as a great supplement for the animal-derived products, but also boost your body and help you shed weight (if that’s your goal).

With time, your body will adapt to plant-based sources of fats and protein, which will contribute to an overall healthier and more balanced diet – without a lot of effort.

That’s why the flexitarian approach is ideal for people who struggle with rigid diets and obsessive meal planning.

Do you want to establish a healthier eating routine, but are too big of an epicurean to make huge sacrifices?

Then you might want to try out the increasingly popular Mediterranean diet.

This type of diet is based on the traditional eating habits of people based in southern European countries such as Greece, Italy, Spain and others.

The Mediterranean diet is not only great for shedding pounds, but also for staving off various kinds of ailments and boosting your overall immunity.

The power of the Mediterranean diet lies in its ingredients. It doesn’t contain a lot of saturated fats, while it emphasizes fruit and veggies, whole grains and legumes.

Yogurt and cheese can be consumed daily, while fish, eggs and meat (mostly beef and lamb) are eaten once a week.

One of the Mediterranean diet’s main stars is extra virgin olive oil, which can be consumed in pretty much every way imaginable; fresh when drizzled over cheese and salads or as a base for roasting and frying. Olive oil contains high doses of oleic acids and anti-oxidants, which can reduce chances of certain health diseases, stroke and arthritis, among others.

What gives the Mediterranean diet its distinct flavor are all the herbs and spices that are used in the preparation of the meals. Southern European and North African dishes incorporate a good chunk of basil, parsley, oregano, rosemary and mint. Garlic and lemon juice are also frequently used to richen the flavor.

An essential component of the Mediterranean diet is red wine. When consumed in moderation (a glass for dinner, for example), this drink can help with various cardiovascular diseases, reduce bad cholesterol and prevent cognitive impairments.

Don’t forget that the Mediterranean diet is also about the way the food is consumed. A relaxed attitude, taking time to savor each bite and enjoying meals in the company of your family and friends are the basic tenets of true Med-style dining.

If you’re not someone who agrees with rigid restrictions and rules when it comes to dieting, perhaps you will benefit from introducing a few simple tweaks to your already existing eating habits.

Everyone knows that carbs are one of the ultimate baddies when it comes to healthy diets and weight loss.

This isn’t to say there is no good way to consume carbs, it’s just that most of us could benefit from reducing our everyday intake of them.

This is especially true for processed carbs and refined sugars, which are indisputably bad news when your overall wellbeing is concerned.

So, in order to work towards a more balanced diet, begin by cutting out those carbs you know are not doing any favors to your body, both in terms of weight and health.

Once you ditch all the bad carbs, you can focus on replenishing your plate with more sating, healthier options.

This can include legumes, brown rice or quinoa.

And, if you simply can’t live without bread, you can always go for the whole wheat or sourdough option.

For some people, overcoming sugar cravings is the hardest obstacle when it comes to lowering carbs intake.

However, there are more than enough nature-derived alternatives that can be just as palate-pleasing as your favorite store-bought candy.

For example, every time you need a jolt of sugar, you can always reach for dates, berries or bananas.

These days, gluten-free diet has been all the rage.

Why all this craze? And what is gluten, anyway?

To begin with, gluten is the term we use to refer to a group of proteins found in grains like wheat, rye and barley.

While some people avoid gluten due to various bowel-related health issues, for others, consuming gluten doesn’t necessarily have to be an evil thing.

However, if you’re looking to switch up your day-to-day meals (especially with an aim of losing weight), you might also benefit from cutting of this protein from your diet, at least for a limited amount of time.

Now, we know what you’re thinking: ditching wheat and all the delicious foods that include it seems like an impossible task.

You shouldn’t worry! There are still plenty of equally satisfying gluten-free options out there, you just need to know what to look for.

For example, carb lovers can still indulge in rice, soybean, potatoes, quinoa and beans, among others. 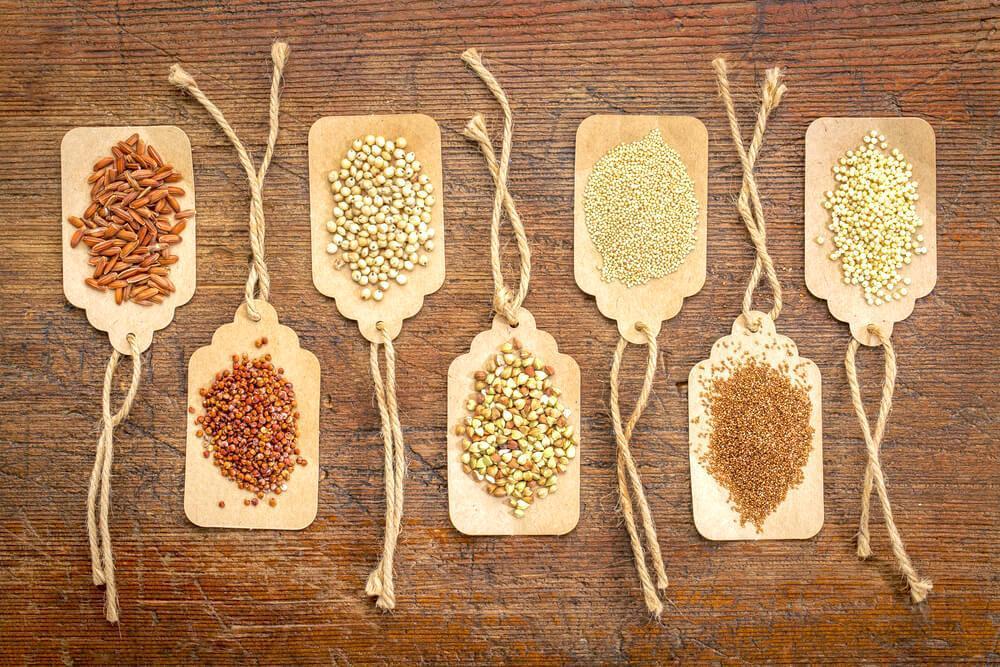 There are many kinds of gluten-free grains available.

Moreover, due to rise in this type of diet, shops and restaurants are offering more and more gluten-free alternatives to their regular products and menus.

If you’re looking to completely eliminate these proteins from your diet, one thing you do need to look out for are the hidden glutens in products we usually don’t associate them with.

They can usually be found in condiments like ketchup, but also soy sauce, pickles and even hot chocolate.

One of the most popular healthy eating practices in recent years has been the Paleolithic diet.

Paleolithic, or Paleo for short, is a diet that was designed by studying eating habits of our prehistoric ancestors in the times before the agricultural and industrial revolutions.

Because of the vast differences in respective diets, Paleo advises against all ingredients that have been genetically modified and processed in the interim, including grains, corn, potato, legumes, refined oils and dairy products.

On the other hand, Paleo diet encourages consumption of natural proteins. This means Paleo-friendly meals are heavily focused on meats, seafood and eggs, all of which are incredibly rich in proteins. 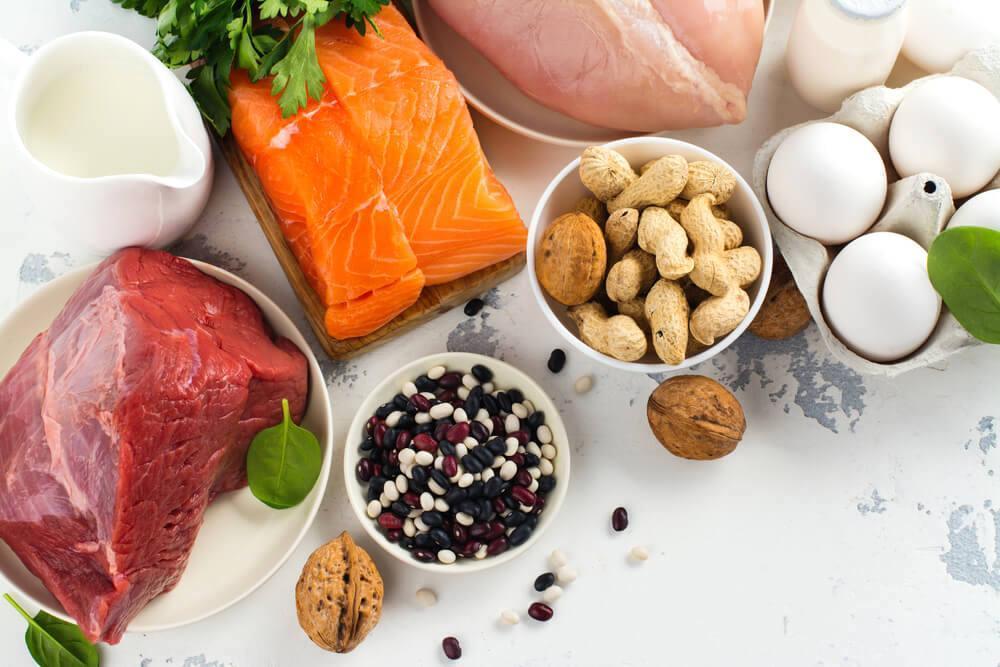 However, don’t be too quick to disregard your greens just yet: Paleo-proponents suggest every meal should include generous amounts of vegetables, including tomatoes, pepper, cucumber, eggplant and carrots.

Olive oil can be used in moderation, albeit only for drizzling over meals as opposed to cooking.

When it comes to snacks, some Paleo-friendly ideas include nuts, seeds, fruit and berries.

Even though Paleo diet might seem pretty restrictive (giving up all those carbs is no easy task!), the liberal approach to nature-derived fats and protein will actually keep you full and make you feel like you aren’t sacrificing a lot. Even if you don’t stick to Paleo principles 100% of the time, the basic blueprint will make you more aware of all the unhealthy, processed foods that make up a great portion of the modern Western diet.

When it comes to health benefits, Paleo diet has been claimed to help with various chronic diseases. Moreover, less carbs and more lean protein means that you will quickly boost your metabolism, which is always welcome news for anyone who is looking to go down a size or two.

Hopefully, now you’re a little less confused about all those buzzwords and concepts that are so present in the world of health and wellness. With a little bit of research and a healthy dose of persistence, we are sure you will build a diet plan that will be the optimal choice for your body and lifestyle.