12 Empowering Women You Need to Know

Home » 12 Empowering Women You Need to Know
Previous Next

12 Empowering Women You Need to Know 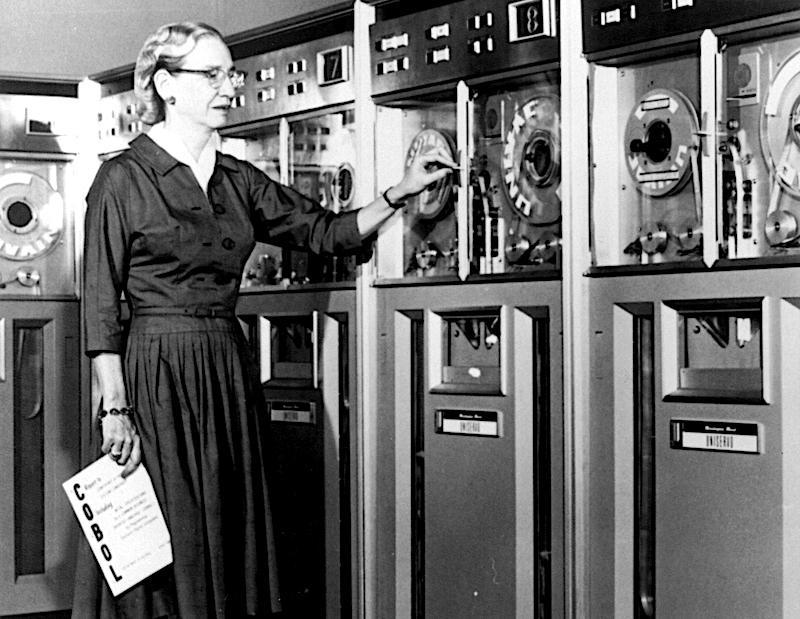 Beyonce may have said it best, but she certainly did not say it first.

Women have run the world for years, it’s just that men don’t know it.

Before there was a crouching tiger, or a hidden dragon, there were some pretty badass women in China. Not only was Wu Zetian the first and last female emperor in China, she fought for the throne and used her womanly wiles to keep it.

Confucious may have been known for his wisdom, but one has to wonder where it was when he deemed women in China unfit to rule. That didn’t stop Wu Zetian. When her intellect and beauty attracted the attention of Emperor Tsai Tsun, it also attracted the attention of his son, Kao Tsung, and Wu knew that if she played her cards right, she would be the next to wear the crown.

After Kao’s death, Wu’s reign began, starting with the elimination anyone who posed a threat to her. Once they were out of the way, Wu was free to rule as she saw fit.  During her reign she enacted  change by giving government positions to scholars, lowering unfair taxes on peasants, reducing the army’s size, and increasing agricultural production. That’s one example of ruling with class.

Unbeknownst to Lacks, her tumor was sampled and sent to the folks at John Hopkins where it was the subject of much interest. To the scientists’ surprise, Henrietta’s cells never died, which made them invaluable to the world of medicine. Thanks to the immortal cells of Henrietta Lacks, there is a polio vaccine, gene mapping, and in vitro fertilization. The cells may have gotten a lot of attention, but Henrietta died relatively unknown.

When the owner of the immortal cells was discovered, it was decided that Henrietta deserved some acknowledgement as well. The book “The Immortal Life of Henrietta Lacks” was written about the woman behind the cells. It was later made into a movie starring Oprah Winfrey and Rose Byrnes

Talk about girl power.  Trung Trac and Trung Nhi were so fierce it was scary. In fact, some say that if it were not for the Trung sisters, Vietnam may not have existed to this day.

Sometime before 40 A.D. rolled around, the Chinese conquered Vietnam, leaving it in the hands of the evil tyrant, To Dinh. The daughters of a powerful Vietnamese lord and the Trung sisters, were not having any of it.

Elder sis, Trac, wanted to send a message to the Chinese. The Trung sisters killed a people eating tiger and wrote that message on its skin. The Chinese got it loud and clear.

Of the 80,000 people the sisters chose to support them in their cause, 36 of the generals were women, and they drove the Chinese out in 40 AD. Trac became queen and abolished taxes.

Of course, it should come as no surprise that these ladies didn’t take defeat very well. After their troops suffered losses in 43 AD, they both took their respective lives, an honorable death by Vietnamese standards at the time. Guess they weren’t the sensitive types.

You know how Mayim Balik and Kelly Cuoco of “The Big Bang Theory” are sort of nerd groupies? Hypatia of Alexandria is probably the first. Maybe Hypatia wasn’t hanging out in California, talking quantum physic with a bunch of Cal Tech grads, but she was hanging out in Alexandria with some of the greatest philosophers in Greek history.

History is full of the names of Greek male philosophers. We’re always hearing about Socrates drinking the hemlock and Plato finding out about the stars, but we seldom hear about Hypatia of Alexandria.

When Hypatia was growing up, she was taught by her father, Theon, about astronomy, mathematics, philosophy, and all the things that were thought of as men’s territory. But they soon became Hypatia’s territory as well. She eventually became an acclaimed teacher with students of her own.

However, when Alexandria transformed to a Christian city, she was seen as a pagan, and was stripped naked, dragged through the city, and beaten to death on her way home. She remained true to her studies and remained unmarried and celibate throughout her life.

If Elvis was the king, Rose Marie McCoy was the power behind the throne. In the 40’s and 50’s, like today, many of the chart-topping songs weren’t written by the people who performed them. While the singers took the glory, the writers were the guts, churning out hit after hit for the stars of the stage. Rose Marie McCoy was one of the writers.

At the age of 19, Rose started out from Arkansas to the Big Apple, to pursue her musical career as a singer. Although she could croon a tune, it soon became apparent that her calling was in writing. When her song, “Trying to Get to You” was performed on Elvis’ debut album, it was clear that she had arrived.

Soon, she was sitting in a cushy office in the Brill Building, no small feat for a girl from Arkansas in the 1960’s. There she wrote for musical greats such as Johnny Mathis, James Brown, and Nat King Cole. Ike and Tina won a Grammy with McCoy’s “I Think It’s Gonna Work Out Fine,” and the Queen of Soul herself performed some of McCoy’s commercial jingles.

Girls are good at art and literature, boys are good at math and science. Not so for Grace Hopper. Grace Hopper was the first woman in the world to earn a Ph.D in mathematics from Yale University in 1934. She went on to get her master’s degree and became a teacher at the prestigious all-female Vassar University.

Quite an accomplishment for most women at the time, but Hopper was not one to rest on her laurels.

During World War I, Hopper enlisted in the Navy. There she was assigned to the Bureau of Ordnance Computation to program a Mark I computer. Grace caught the computer bug in more way then one. Not only did she become interested in computers, she was the first to term the phrase “computer bug,” into modern technological language.

So impressive was her work there that immediately the end of her tenure, she was hired by the Eckhert-Mauchly Computer Corporation, and subsequently as a programmer for Remington Rand. At Remington Rand, she and her team created the first compiler for computer languages, which became the precursor to the Common Business Oriented Language (CBOL) that is still used to this day.

Grace Hopper did a lot in her day, and we could sure use more like her right now. Luckily, her legacy lives on in the Grace Hopper Celebration of Women in Computer Conference encouraging young women to become programmers.

Remember Benedict Arnold, the guy who betrayed America in its fight for independence? We’ve always known Arnold revealed confidential information to the British, sabotaging the plans of the Americans, but now we believe, Peggy Shippen Arnold may have masterminded the whole thing.

Peggy and Arnold weren’t only marriage partners, they were also partners in crime. Peggy grew up in a family that supported the British, and when she and Arnie hooked up, they began corresponding with the Redcoats through one of Peggy’s friends. Was she the traitorous traitoress, or was she just passing along information?

It’s every girl’s dream to have a book written about her. What if the book was “The Great Gatsby” and the writer was F. Scott Fitzgerald?

But if you think Zelda is just the woman behind the man, think again. Many of the words in Fitzgerald’s novel came from Zelda herself, and she was not about to play second fiddle. In her review of her husband’s novel, she wrote, “plagiarism begins at home.”

So, it may be, but we’re sure thankful for it. If it were not for Zelda, would the “Great Gatsby” have been so great?

Huda Sha’awri was born into segregation. The Egyptian harem system dedicated buildings to upper class women to separate them from the population. The eunichs who stood guard also served as messengers. The veils the women wore were not only literal but metaphorical as well. It was into this lifestyle that Huda Sha’arawi was born.

Huda began to challenge the notion that women needed protection. In 1908, Huda founded the first female run philanthropical society to help impoverished women and children. As opportunities for women’s education increased, she planned educational lectures. As things became heated between Egypt and Britain, she organized the first all-female anti-British protest and when Egypt won its independence, Huda wasn’t about to let the contributions of the females go unappreciated.

After stepping off a train in Cairo, Huda removed her veil publicly. In doing so, she removed the suppression of women in Egyptian society. After her rebellious act, few women continue to wear the veil today.

“One if by land, two if by sea, and I on the opposite shore shall be.” This is an excerpt from Henry Longfellow’s poem which paid tribute to Revere’s legendary ride from Boston to Concord during the Revolutionary War. It makes no mention of Sybil Ludington.

Sybil Ludington was born to Abigail and Colonel Henry Ludington, a French-Indian War veteran. When he received word that the British troops were attacking the city of Hartford, Connecticut, 25 miles from his New York State home, Sybil, 16 at the time, took it upon herself to make sure the citizens of Hartford knew about it, even if it meant traveling 40 miles in the pouring rain to do so.

Apparently, her trip was a success. Not only were the people of Connecticut forewarned and forearmed, there were hundreds of troops assembled at her door to greet her upon her return.

Although, no one wrote a poem about Sybil, she did continue to serve as a messenger in the Revolutionary War and GW himself even thanked her for her services. Pretty impressive for 16, huh?

One small step for man, one huge step for mankind. True, but there was some womankind behind all of it. Margaret Hamilton was one of them.

Margaret Hamilton was the leader of the Software Engineering Division of the MIT Instrumentation Laboratory when she was contacted by NASA about the Apollo 11 Space Mission. Hamilton was to help the guide the spacecraft and help with the navigation. Her team developed a framework for the software that eventually put Buzz Aldrin on the moon. In 2003, NASA honored her efforts with an award recognizing her efforts. In 2016, President Obama awarded her with the Presidential Medal of Freedom, the highest award given to a civilian in the United States.